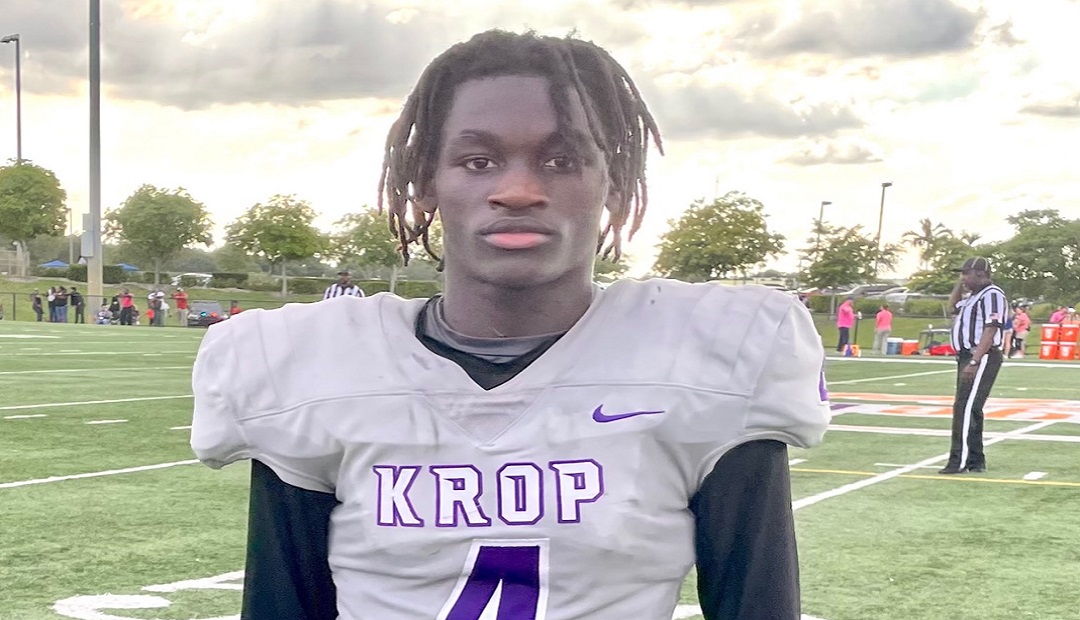 As we sit home today and celebrate the Thanksgiving holiday with friends and family, there is indeed so much to be thankful for.

Our health being the most important part of the holiday, we also say thank you for another high school football season – as several team hit the practice field for their annual Thanksgiving morning practice.

While several teams continue to participate in the state playoffs there are other programs who are at home looking toward the off-season and heading to college.

Today, we take time to look at the induvial players who impacted the state of Florida from south Florida. Standouts who stepped up and were among the statistical leaders in the Sunshine State.

As we start with prospects who put up big number, we check in with the quarterbacks. Among some of the top Miami-Dade and Broward players were South Plantation junior Jadyn Glasser, who led the Paladins with 2,624 yards and 25 touchdowns are Hollywood Chaminade-Madonna Class of 2024 standout Cedric Bailey, who led the unbeaten Lions with 2,612 yards and 36 touchdown passes.

Running backs also made a major statement this season – with Doral Academy senior Mark Wilder Jr. leading the way with 2,142 yards and 24 touchdowns in leading the Firebirds to the 4M Region finals.

THE DEFENSE HAD ITS STARS

Like the offensive side of the ball, there were some quality performers on defense as well.

When talking about defensive playmakers, south Florida certainly had its share of defensive secondary standout, who came up with key interceptions.

Among the best included Miami Archbishop Carroll junior Kenneth Pembleton, who was tied for the lead in the Sunshine State with 8.

Mater Academy Will Look To The Senior Class In 2021