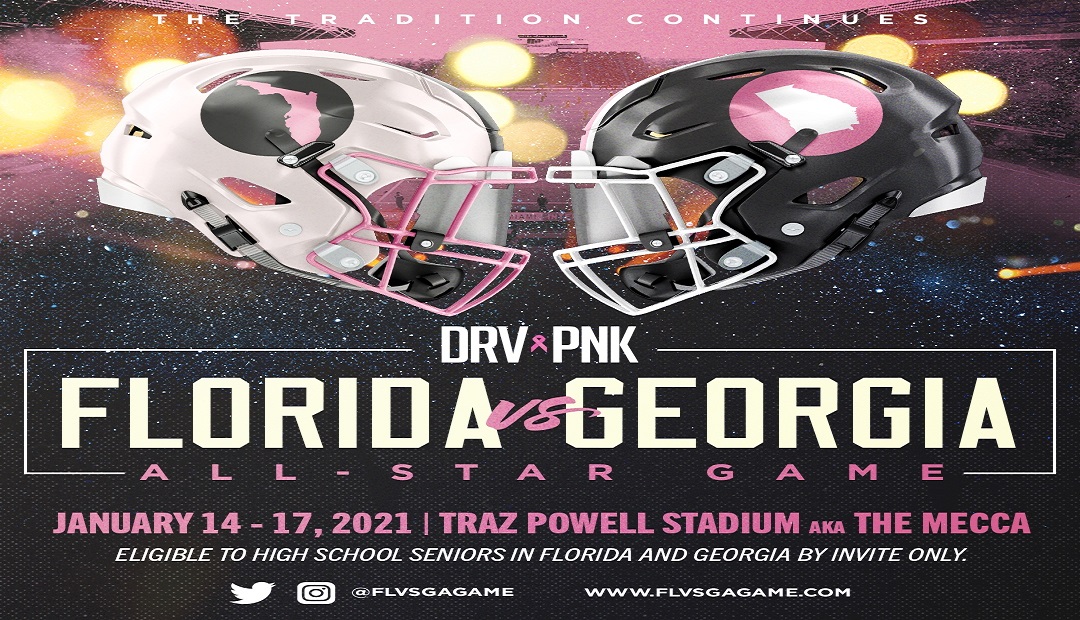 The mention of Florida-Georgia conjures up memories of those “Border War” games that were played for bragging rights.

Many of northern Florida’s finest – less than an hour from Thomasville, Valdosta, Camden County, Brooks County and many other talent-filled regions.

Those bragging rights have spilled over from the University of Florida-University of Georgia games fueled the fire as well.

Through the years, the game featured some of the best players and coaches from the two states and they planned to be a part of this annual game.

LEGENDS OF THIS GAME

Legends and reputations often are built in the most basic of head-to-head competition. There were few simpler matchups than in June 1985, when the first Florida all-stars lined up for their wind sprints to close their first practice for the first Florida-Georgia High School All-Star Football Game.

This was more than just a conditioning drill. The team included Michael Timpson, a wide receiver from Hialeah Miami Lakes, who a few weeks earlier had become the first athlete to win four events at the Class AAAA state track meet.

Coaches figured the athletes to watch in the sprint would be Timpson and Apopka High School's Sammie Smith - the Class AAAA 100-meter dash champ. Then a stranger jumped in next to Timpson and motioned for the race to begin.

At the finish, Timpson and Deion Sanders had matched every stride, and a legend was born. Florida's coaches knew they had something special in Sanders, from North Fort Myers, heretofore a decent running quarterback oozing with athletic potential and a major-league baseball prospect. Smith finished near the front, but all eyes were on Sanders and Timpson.

Timpson made the semifinals of the 1988 U.S. Olympic Trials in the 200-meter dash and now is with the New England Patriots. Smith is a running back for the Miami Dolphins, and Sanders went on to become the first rookie to hit a major-league home run and return a punt for an NFL touchdown in the same week.

Before the Army All-American or Under Armour games, there was Florida-Georgia and the stories that they tell you are indeed real – about the amount of future NFL stars who took part.

With the help of some hard-working people who believe they can be the link to such a glorious past, the Florida vs Georgia All-Star Football Game, presented by DRV PNK, are set to host one of the most premier all-star high school football games in the country.

This talent-filled game will showcase some of the best high school. Athletes from the two states, who annually produce some impact athletes.

For those who have watched the Florida vs Georgia games through the years, they tend to remember the players and coaches who made these games what they were. You look back 20 to 30 years and see some of the greats who have played and participated in this event. Many go on and make a huge splash in the NFL. So many players who took part in this game decades ago, still have such fond memories. Past and present players have always seen this game as their chance to compete against some of the best football talent in the country.

This year, without the national all-star games, you can guarantee that the best seniors will be at Traz Powell Stadium for this event – with festivities taking place Martin Luther King Weekend – with the game kicking off at 4 p.m.

This year, there has been a lot of interest in this game – from some impressive players on both sides of the ball.

This is a game that will also attract media and recruiting websites from Florida, Georgia and other areas of the country who want to be a part of this tradition that is being rekindled. A Media Day will also help to spotlight the prospects who have not yet signed with a college.

Tickets to attend the most prestigious game in the south, must be purchased in advance at flvsgagame.com.