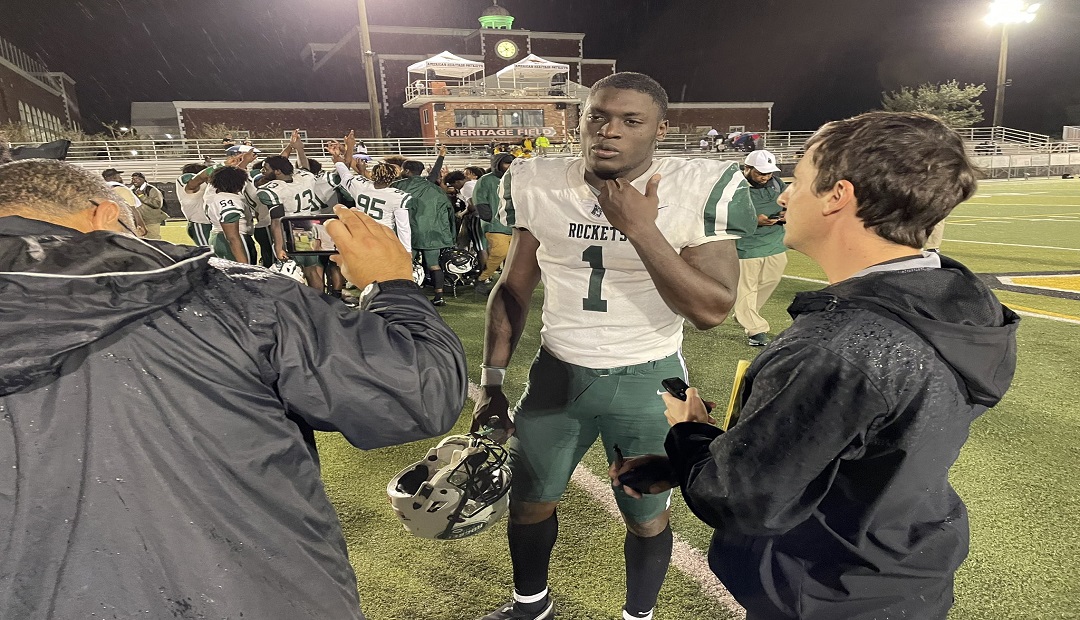 Having covered and been around National Signing Day locally, regionally and nationally for over a half century, it never gets old.

Still feels like the “little kid set loose in a candy store” – but this feel-good moment is courtesy of talent that continues to pour out of south Florida every year. The level of play is only backed up at the elite high school – and beyond.

As National Signing Day, Part 1 started on Wednesday and will run through the end of the week was for the purpose of those prospects who were going in early (first week of January) or were totally sold on the school – coming in after the current school year ends in May/June.

For some programs across the country, this class is far from complete – for a number of reasons, but mostly because of coaching changes, and that’s where the University of Miami and head coach Mario Cristobal come into this equation.

Just a week ago, Cristobal was hired to take over at his alma mater – and while he worked the past week around the clock – recruiting like he knows how, finding assistant coaches and other things that any new coach would have to deal with, he still is not fazed or shaken by the fact that Miami signed just eight players on Wednesday.

What Cristobal knows is within the next few weeks – while his team is getting ready for the Sun Bowl with Jess Simpson serving as head coach – Cristobal is doing what he does: attending to detail and getting this process rolling and his handprint on the program.

On Wednesday, the ‘Canes came away with quality – and with the transfer portal, student/athletes who have not signed on the dotted line and other avenues, this class could be close to 20 when all is said and done and this program heads for spring.

KELLY IS A HUGE ADDITION

While the Hurricanes knew that Miami Central star linebacker Wesley Bissainthe was already in the fold, committing before Coach Cristobal ever arrived, Nyjalik Kelly from Fort Lauderdale Dillard was someone who had showed signs of liking Miami, but it wasn’t until Coach Cristobal made his way to Miami that the 6-4, 245-pounder knew where he wanted to go.

In a game this year against St. Thomas Aquinas, Kelly was in on just about every play until he was forced out of the game with an injury. During the time he was out of the contest, the Raiders did things they weren’t able to accomplish when he was in. When he returned to the game, you could see how much he meant to the Panthers’ scheme!

In Bissainthe, you have a gifted three-year starter who has made major strides in becoming one of the top linebackers in the nation. His athleticism puts this 6-1, 205-pounder over the top. Is one of those sideline-to-sideline players who will get bigger and stronger over the next year.

Also, this ongoing class had the chance to land some talent that will certainly be part of this growth that is going on in Coral Gables:

Jacurri Brown, QB, 6-4, 205, Valdosta Lowndes County, Georgia. Here is someone who had been committed for months, knowing that he wanted to be in south Florida and play for the Hurricanes. Combines athletic ability, size, quickness and skill. Solid talent who continue to make the QB Room one of the best in the country,

Chis Graves, Athlete, 6-1, 175, Fort Myers Bishop Verot. Easily one of the most athletic prospects in this class – being able to play five different positions on either side of the ball and do well on special teams. Big time player who we will hear plenty from.

Jaden Harris, CB, 6-0, 180, Atlanta Riverwood, Georgia. Here is another top-flight talent who is physical, athletic and is a superb cover prospect. His ability to read plays and react quickly is something to build impressive secondaries with. Watch him play and you will see a quick and athletic talent that has a solid future.

Isaiah Horton, WR, 6-3, 190, Murfreesboro Oakland, Tennessee. From one of the most successful programs in Tennessee comes a major addition to a program that can always use as many pass-catchers as possible. All the way back in July did this love affair with the Hurricanes begin – and on NSD – it got stronger.

Khamauri Rogers, CB, 6-0, 165, Lexington Holmes County, Mississippi. Ever since last June, this is a football talent who said that he was done looking and loved what Miami had to offer, and stands by it. When this quality football player gets on campus and is ready to go, Miami has themselves a really impressive talent that dominated during the season and ion the off-season – on both sides of the ball.

Markeith Williams, S, 6-1, 170, Orlando Evans. Here is another football talent that was sold on the Hurricanes early. A true safety who will sting you – while have the agility and quickness to cover. Was coached this past year by former Hurricane Kenard Lang.