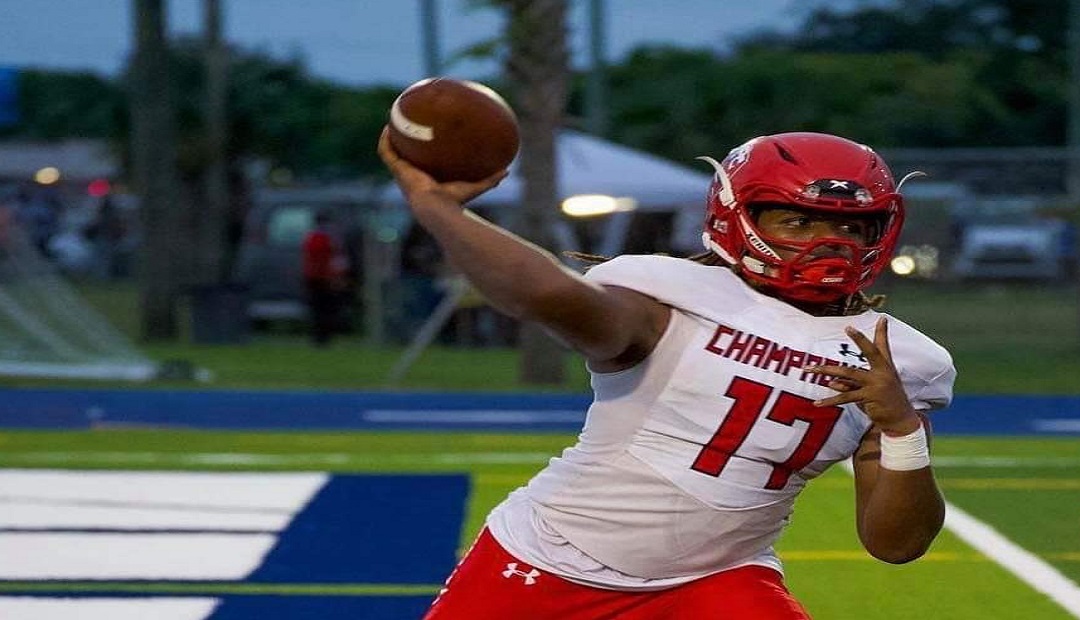 After the first week of the Florida high school state championships, south Florida had the chance to showcase some quality talent.

Prospects from Hialeah Champagnat Catholic and Hollywood Chaminade-Madonna were on the big stage, and while the facility wasn’t the type that players, coaches and fans will look back on with fond memories, making it to the state finals – for the sixth straight time – indeed gave the Lions of Champagnat and the Lions of Chaminade-Madonna another opportunity to show why their respective teams made it to the state.

As we do each and every Wednesday throughout the course of a year, we bring you some athletes to keep an eye on.

Today, it’s from 2A state runner up Champagnat Catholic and 3A state champion Chaminade-Madonna:

2022 - Jeremiah McGill, FS/CB, 6-0, 185, Chaminade. When head coach Dameon Jones spoke about the “unsung” prospects on this football team this season, here is one of the players he was talking about. A solid talent, who is versatile enough to lineup anywhere in the secondary. Not only was he instrumental in the playoff run, but this quality player got it done all season for the state champions.

2023 - D’angelo Ponds, CB/S, 5-10, 160, Chaminade-Madonna. Yet another difference maker who may not have received all the attention and spotlight that the others have gotten, but be certain that this was one of the catalysts all season long for this defense, which had no equal. He was outstanding in pass coverage as well as making plays on rushing downs as well. One of the key players coming back for 2022.

2022 - Jaylin Terzado, WR, 6-0, 175, Hialeah Champagnat Catholic. Having watched this quality talent for the past three years, you can see his improvement in each season, and this year, his final one at the high school level, this is truly the kind of playmaker that this program has churned out during the past six years. Had a huge season, but also a very productive state championship game. This is the kind of prospect that the coaching staff continued to talk about, and as he leaves the program, he will leave a void for the 2022 season.

2023 - Antron Williams, LB, 6-2, 225, Champagnat Catholic. If you want to make the coaching staff smile, just bring up this young man’s name. Here is a talented athlete who made some major strides during his junior year – and down the stretch in the playoffs. In the 2A title game, he put up some monster numbers and showed that this off-season and throughout 2022, this is talented football player to keep an eye on.

2025 - Ennio Yapoor, QB, 6-1, 215, Champagnat Catholic. Was part of history in the state title game – being a freshman starter in a title game at the quarterback position for the Lions. This is one of the next great football players in south Florida. Mature way beyond his year, this gifted young man won the state title as an 8th grader last year, and came back this season and turned heads everywhere he went. You just cannot put into words how dominating this young man will be in the years to come – with the ability to run and use his accurate and strong arm to accomplish what he needs. After a slow start in the championship game, he really finished on fire. Has a chance to break every passing record in Miami-Dade County before his brilliant career is over. Will be a five-year starter, and that is something you just do not see much of here in the Sunshine State.