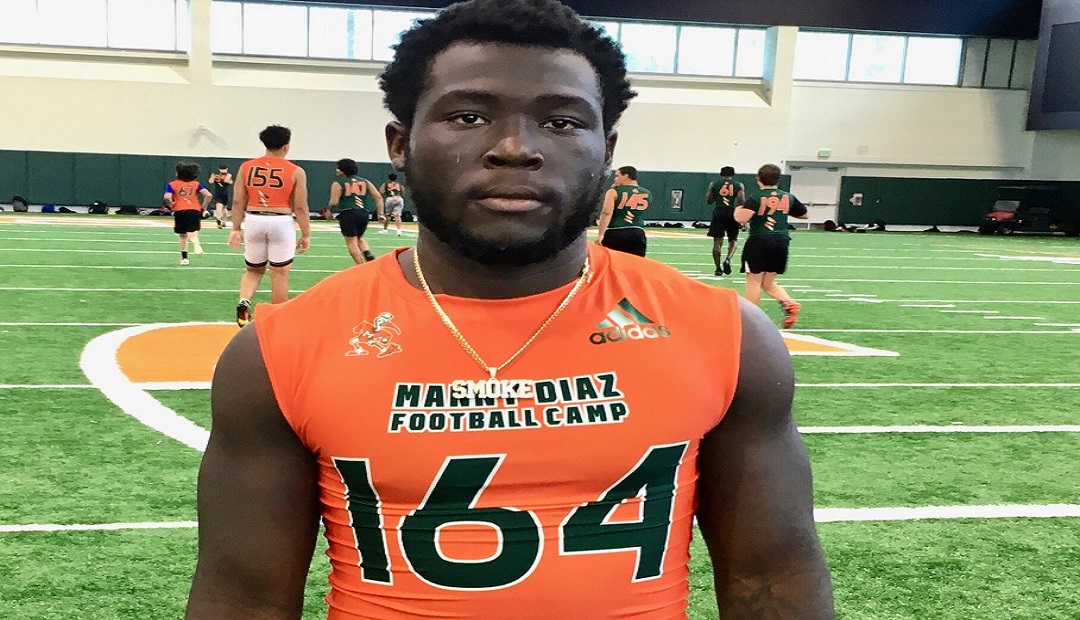 With head coach Manny Diaz and his staff watching on Wednesday, several football prospects from all over south Florida as well as Georgia and the state of Washington, were on campus for yet another summer camp.

With the heat and humidity filling the morning air, there were a number of quality high school prospects, who spent nearly two hours showcasing their craft to University of Miami coaches.

As different positions did their thing with solid instruction, the running backs were going through extensive drills. Among the talent was Marshall University commitment Maurice Jones. This impressive running back, who was a standout youth performer, who made a splash at Coral Gables as a runner and as one of the top kick returners.

Jones, who came to Killian last year, didn’t have the season he had hoped for, but in a pandemic year, he was not alone.

On Wednesday, with a number of eyes watching, his senior season was officially launched.

SCOUTING: When it comes to the running back position, being versatile will help you get playing time earlier – and that sums up this impressive talent.

No matter where you put him, his speed, athleticism and passion to play at the highest level is something that very few have been able to match.

This is a back who doesn’t always need to bounce things outside. He is a tremendous inside runner, who is thick and strong enough to dish out some punishment.

Has an opportunity to have a big season – and then move on to the next level to do what he’s been doing for several years.