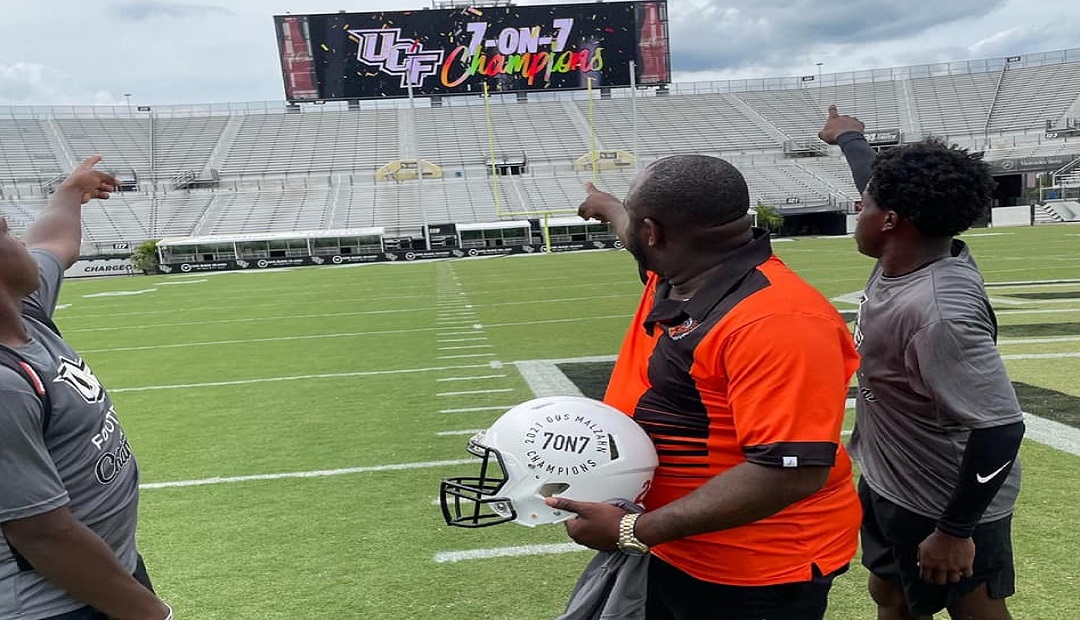 With much of the attention in south Florida spent on programs such as St. Thomas Aquinas, Miami Central, Miami Northwestern, American Heritage, Cardinal Gibbons, Champagnat Catholic and Chaminade-Madonna, it seems that many are forgetting about Miami Carol City.

As head coach Dorean James and the Chiefs continue to rebuild this program and make them a contender in 4A, this spring/summer has opened some eyes as the team is beginning to mature and come together.

On Thursday, this team headed to Orlando to take part in a large 7-on-7 tournament, and in the end, Carol City stood tall with trophy in hand and had a championship photo taken with first year head coach Gus Malzahn.

In beating Winter Garden West Orange in the finals, the Chiefs completed a 10-2 day. Part of the event came losses to West Orange and Homestead, which finished in the Final 4 with Tampa Carrollwood Day.

With all the UCF coaches watching – including Co-Offensive Coordinator and Miami-Dade native Tim Harris, Jr., several players stepped up and made a major impact.

On defense, secondary standouts such as Wayne Favors, Norris Crawford, Mister Clark, Tariq Bradley, Andre Fields and Joel Moore were all impressive and caught the eye on UCF coaches.

Linebackers Nate Gibson, Love Mentor and Horace Snelling were instrumental in the success as well.