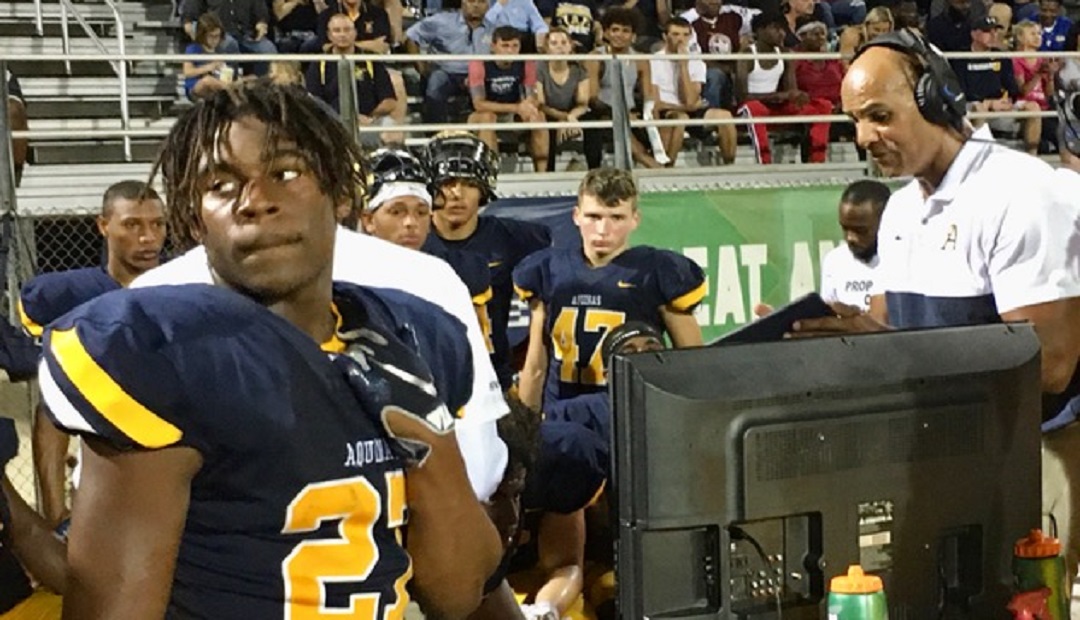 Could this have been the last straw for the FHSAA in south Florida?

Talk to many coaches and athletic directors in Miami-Dade, Broward and Palm Beach County and the emotions from a well over 4 hour Zoom meeting says that this area of the state is not pleased with the decision that they finally arrived at.

“Dade and Broward County coaches, we need to meet as to whether we want to ask our superintendents to remove us from the FHSAA,” said Miami Edison head coach Luther Campbell, who has been outspoken of the treatment of south Florida high schools. “We have never been on an even playing field, and this has to stop.”

The voices came from all over south Florida when a decision to start fall practices on July 27th statewide, would certainly eliminate three of the largest counties in Florida. The FHSAA Board of Directors voted to maintain the current sports schedule -- against the advice of its own Sports Medicine Advisory Committee.

While athletics is important and a lifeblood for so many trying to get college scholarships during these tough financial times, student safety is paramount and comes without compromise in any way.

After hearing from the chairperson of the FHSAA Sports Medicine Advisory Committee, the board voted 10-5 to maintain the athletic calendar as it is. The motion allows for teams that are unable to play by an undetermined date to opt out of the FHSAA state series, making them ineligible for the state title games.

The SMAC recommended that the FHSAA delay the start of the football and girls’ volleyball seasons, deeming those sports as “high risk” for the spread of the coronavirus.

Instead of making this a state of Florida decision, the FHSAA and its board decided to once again split the state into sections – leaving south Florida, which was home to seven of the eight state football champions in 2019 with an uncertain future to this coming season.

When California announced that they would postpone all fall sports until January of 2021, it was something that affected every school in every city. Not like Florida, which has been divided.

“The FHSAA is embarrassing themselves every time they hold a meeting,” said Palm Beach County’s Keith Chattin, who is the head coach of John I. Leonard. “Seems highly unorganized and not thought out. Other states have multiple models to return to when it’s safe. All we’re looking for is a solid direction.”

The voices were not just from south Florida. They came from Venice, Flagler Palm Coast, Lake City Columbia and throughout south Florida. Even schools in central Florida are still faced with students not being back in the classrooms and many cannot understand how athletics can come into play without firming an educational plan.

“These students need to be back in the classroom,” parents Heidi Schulz said. “The mental toll that it’s doing in them is something that we never take into consideration. Both my daughters play sports, but they also need that interaction that the classroom provides.”

While this is still fresh and emotions are running high, a statement was made over the weekend that still rings in the ears of many in south Florida: “If there is no high school football season, south Florida will be the busiest area in the country in the fall with 7-on-7 events, line camps & specialty showcases every weekend throughout September, October, November & December, so it may be safer to start the season on time.”

For the past 50 years, we have spent more time on football fields than anyone in the country. From games to practices, camps, combines and 7-on-7 events, nobody has evaluated more football talent than we have – and as we are in the midst of a pandemic like no other time before – we will remain steadfast to promote all south Florida’s high school football prospects. Follow us on Facebook (Larry Blustein) and Twitter - @larryblustein). Contact us at: This email address is being protected from spambots. You need JavaScript enabled to view it..

SOUTH FLORIDA TOP 20: It All Gets Started This Week

Hallandale Secondary Among The Best In South Florida