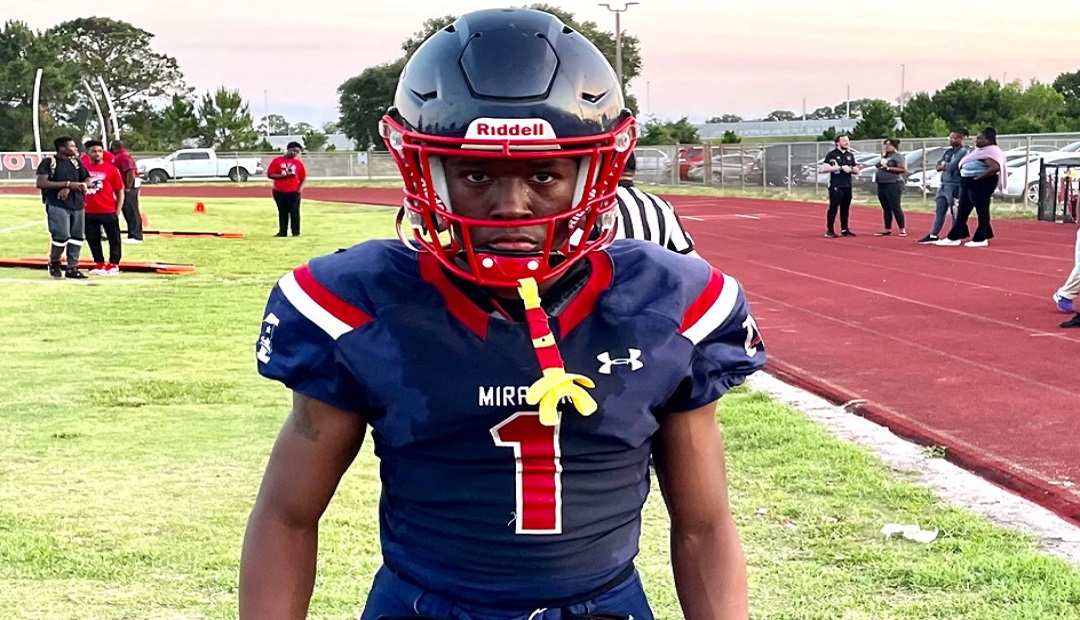 No matter how many football prospects you profile in spotlight in Miami-Dade and Broward Counties, there are just as many you may miss.

The Class of 2023 is once again stacked with quality talent – on both sides of the ball. Many who have been discovered and are being talked about, offered and committed. There are also several who continue to fly beneath the radar, and while colleges and universities have taken notice, many fans are not aware of how special many are.

Three years ago, when talking about the receiving class in 2023, there were other positions that they were passing over.

Today, we give you five impressive football players in the Class of 2023. Prospects who will be special over the next few years.

Gabe Hardman, LB, 5-11, 208, Miami Palmetto. Here is someone we saw two years ago, during his sophomore season as he waited to get healthy and have the chance to show what he can do. He has now emerged as a talent that makes plays and had drawn the attention of college coaches and recruiters who are watching his growth and maturity. This will be a huge year as he will have a chance to shine for a program that is one of the best in south Florida.

William Larkins, OL, 6-4, 300, Hollywood Chaminade-Madonna. Headed to Indiana University, this young man is a major impact player for one of the top teams in the country. Big, strong, agile and very smart, he follows in the footsteps of his brother, who is at North Carolina State – as well as his father and uncle who starred at Hollywood South Broward back in the day. Has an opportunity to truly make an impact over the next four years and beyond.

Adam Moore, WR/TE, Miami Northwestern. This is a talent that everyone watches and are blown away by his size and what he represents to any team because of his ability to catch the ball in space and make defenses pay with his large frame. What he means to the Bulls is you will not be able to double team a receiver like Andy Jean or he will make your night a terrible one. Physical, gifted and way under- recruited by analysts and colleges who have not watched what he brings to the table. Keep your eye on him in 2022. He will show those non-believers a few things.

Tastean Reddicks, WR, 6-1, 180, Fort Lauderdale Dillard. After making an impact at Deerfield Beach, this gifted pass-catcher comes to play for the Panthers, and he will do more than blend in with the rest of talent this program has. Headed to Oregon State, his ability to get separation and catch the ball in traffic continues to make him a prospect that you just cannot ignore. He will have a huge season in 2022.

Tre Rigby, CB, 5-9, 160, Miramar. Eight years ago, there was a special running back who did his thing in Broward County before heading out to Bethune Cookman University. Following in the rather large footsteps of his older brother, Cameron Rigby, here is a versatile football player who is an impact performer on both sides of the ball. Has a high football IQ – which is natural since his brother played the game and his dad coached. Definitely a player to keep an eye on this coming season.