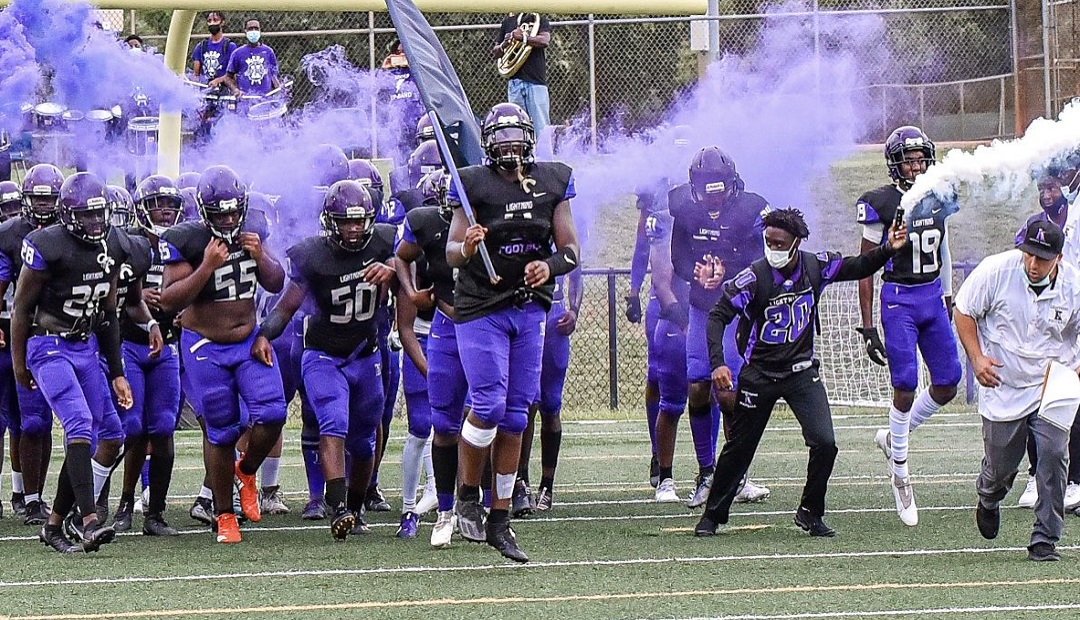 Perhaps the theme of the past two weeks in south Florida high school football is how many points you can score on the opponent to make them look bad.

Let’s face it, you can tell the schools who pour it on are the ones who are frankly NOT used to the winning spotlight and believe that the only way they can continue to gain acceptance is to make sure that they rub it in. Remember, paybacks are often hell – and have no chill when trying to get even!

On the other side of those lopsided scores are teams who often do not belong competing against programs who simply have nowhere near the talent that the opposition does. The end result is you continue to get beat soundly, bringing your program to new levels of low – or compete against programs of your equal.

In today’s high school football society, you have that choice to make. Dr. Michael Krop made that decision three years ago – and went independent, trying to win games and gain interest again, so they could compete against those “mainstream” district programs.

By going independent in 2019, head coach Tom Caporale and his Lightning finished 10-1, beating Barbara Goleman to win the GMAC Independent title. Last year, during the pandemic season, Dr. Krop ended 5-2 – with a 33-26 loss to Goleman, who is a program that has also used being an independent to add interest to their program.

This year, this program has jumped back in, and after last week’s 34-24 win over Miami High, they wrapped up a top 4 seed as District 15-8A champions in “mainstream” football, and while they have a long way to go, this is a program that has brought the talent back out – and there is a winning feeling going on right there on the Miami-Dade County border.

EDISON LOOKS TO GET BACK ON THE WINNING TRACK

After losses to a pair of state-rated programs in Niceville and Miami Central, head coach Luther Campbell and his 3-3 Miami Edison Red Raiders will play the first game of today’s doubleheader at Traz Powell Stadium at 3:30.

The Red Raiders will host a 2A Miami-Dade Christian team, like Edison, has been challenged and will come into today’s game with a 4-3 record after losing 35-12 to one of Georgia’s elite programs last week in Bainbridge.

THE REST OF TODAY’S GAMES

In addition to those two games, there are other contests to start Week 9 off with in south Florida.

Here is a look:

South Dade at No. 14 Christopher Columbus, 5

Florida Christian Continues To Build The Program Back