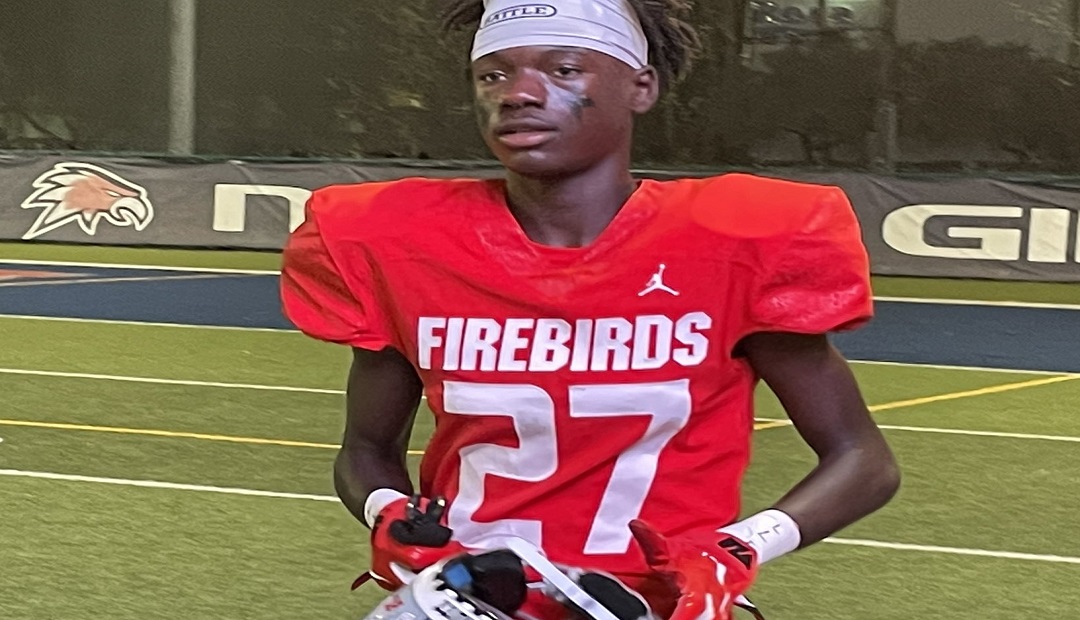 Here we are again as the season is winding down and football talent is taking over in south Florida.

From freshmen to seniors, athletes are turning heads and programs are making that final stretch run for the playoffs, which will begin in the next three weeks.

As usual, some of the top prospects are starting to emerge – and as we do each and every Wednesday, we bring you a look at these football players from watching them live and not from behind some desk. Our emphasis is solely on the football talent and it will never be about us.

We see enough prospects statewide to understand the recruiting climate, and while many are quick to try and promote these players, they rarely see them perform – and in the competitive world of recruiting – that is vital.

Here are five Miami-Dade and Broward County prospects to keep an eye on:

2025 – Armondo Blount, DE, 6-3, 240, Fort Lauderdale Dillard. After an amazing 8th grade season for the Panthers, here is someone who firmly put himself on the radar this season – as one of the best in the country. Quick, strong, talented and has a passion for the game. We have been fortunate to watch him several times live – as well as camp and combine settings this past off-season. Extremely gifted young man who continues to get better and better. He is already getting plenty of looks.

2025 – Ben Hanks Jr., CB, 6-1, 170, Doral Academy. The son of one of south Florida’s football icons, there is no getting around the fact that this is going to be one of the next major defensive backs locally, regionally, statewide and nationally. He is an amazing football player who works hard, is always willing to learn what his coaches are teaching, and like his father, who also starred at the University of Florida, a serious playmaker as his five interceptions will certainly back up.

2023 – Tre Rigby, CB/WR, 5-9, 165, Miramar. If you remember when Cam Rigby played football in south Florida, he was indeed one of the best in a generation of talented prospects. Fast forward over a decade and his younger brother is making plenty of noise for the Patriots during a season where things are starting to come together. Whether it’s as a pass-catching receiver or a defensive back with plenty of skill, this is someone who college coaches are starting to watch as he has taken his game to the next level. Coaches have talked about what a difference maker he has become.

2023 – Gemari Sands, RB, 6-0, 190, Fort Lauderdale St. Thomas Aquinas. Three years ago, as he was making his way from middle school to the high school level, his appearance at a 7-on-7 tryout was something that should have told everyone that this was going to be a very special football player. His size, speed and knowledge of the game put himself in a position where he would be ready to go – no matter where head coach Roger Harriott and the Raiders put him. Last Saturday night in a win against Cardinal Gibbons, this is a talent who showcased some major skills – while attracting plenty of attention. He is only doing what many felt he would accomplish years ago.

2024 – Joshua Townsend, QB, 6-0, 200, Homestead. All these quarterback prospects who are getting attention and plenty of the spotlight – and you have this impressive talent who dazzled during the spring, and has only enhanced his overall standing. This is one of the most effective prospects in south Florida. He can run – with the best of them - and his arm is accurate and every bit as good as those who are getting much of the attention. The most important part of what this young man means to the Broncos is his leadership and play-making abilities – for someone who is just a sophomore. He will be the engine that takes this team in the playoffs as one of the top seeds in 7A.