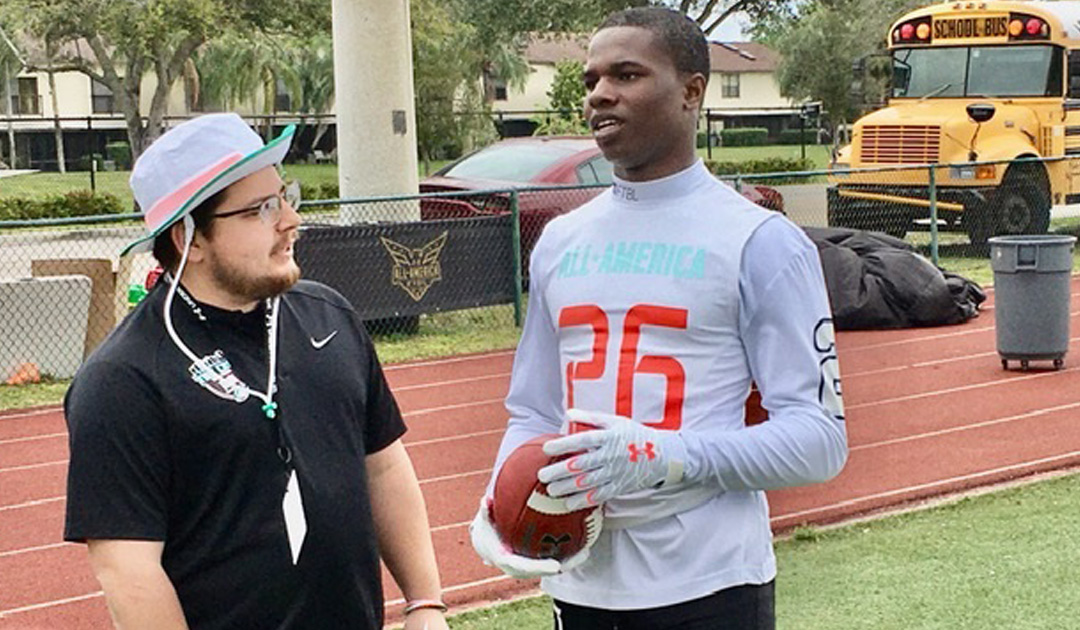 As coaches and athletes are waiting on word when the 2020 high school football season will get back on course, the one thing that will be present is that our athletes can play multiple positions.

Not just in Florida, but throughout the country, college coaches are always searching for those athletes who are versatile and can play many positions.

Ask colleges about athletes these days, the one thing they look for – besides grades – is a football talent who can help the team win in so many ways.

More and more, our athletes are playing multiple positions and giving themselves a major advantage.

SCOUTING: This winter and into the early part of the spring, there were a number of athletes, many who were not on the radar, who were thrust into the spotlight.

Here is one of those gifted football players, who is capable of playing on both sides of the ball and making a major impact.

While it looks like he will be a force as a receiver, the great thing that is refreshing to know is that he can lineup in the defensive secondary and do quite well.

Watching him this off season, there is no question that this is indeed a major talent. An underclassman who has the chance to make a major impact this coming season for a team that is loaded with talent under head coach Earl Sims and several prospects who make the Raiders a favorite in a very crowded 4A.

Make no mistake, this is a football player who has the chance to be very special – and while he is willing to work hard and put in the time to make those strides – he will be pushed by teammates and coaches who felt that this is a program should have won it all this past season.