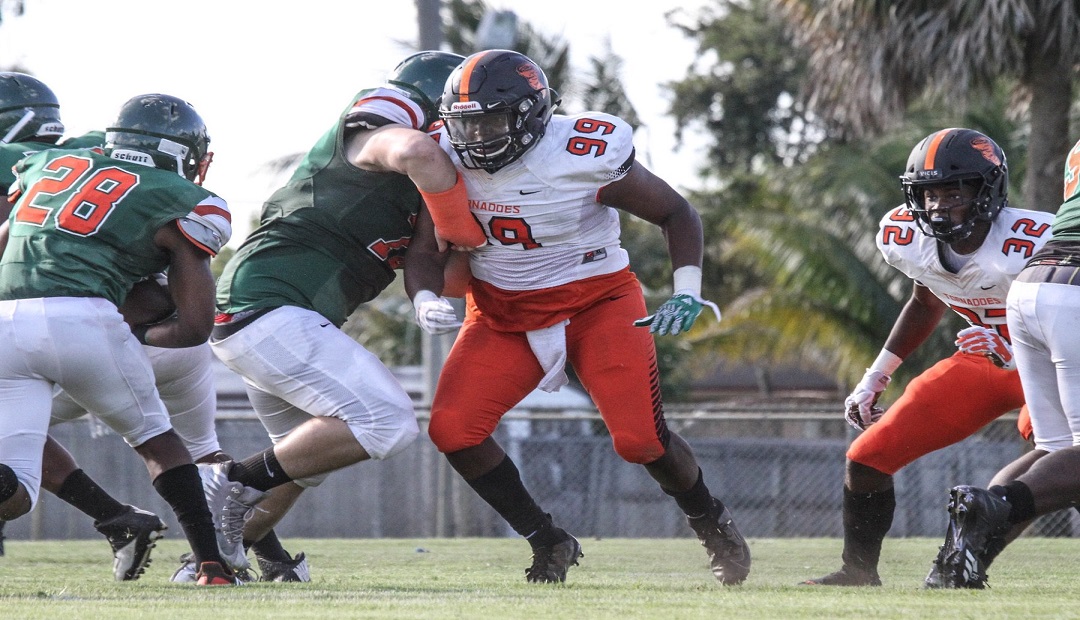 There are so many athletes in south Florida that have talents way beyond what colleges are recruiting them for – and that is often times lost in the process.

Many, if not all recruiting services and analysts often focus on a player as a one dimensional, one sport prospect that colleges recruit to play a single position.

In south Florida – perhaps like no other area in the country – football players are NOT just football players – and if they happen to compete in only football – they more times than not bring with them an arsenal of things that they can do to help a team win.

Behind every great program and state champion are multi-talented football players who do the little things that add up to bigger things for their team.

SCOUTING: No matter when you watch this gifted young man play for the Tornadoes, he surprises you with things that he does to help his team get to the next level.

While many understand that he is a quality and athletic defensive tackle, who makes plays and makes a huge impact, this is actually a prospect that does much more than the average recruiter will ever know.

While his play on the defensive line has brought him notoriety, his speed for a big man, ability to play on the offensive line if needed and punting skill has given him a chance to really peg the meter for the defending 4A state champions.

As a punter, Hundley was one of the best statistical leaders in south Florida last year – and easily one of the most productive in the state.

While he may not take the role serious and often jokes about it, he has helped the Tornadoes in more games than anyone even has a clue.

Watch the close contests from a year ago and you will see that his punts made the difference in several games.

So, as some of the top schools in the nation continue to watch what he does on the defensive side of the ball, keep in mind that the game of football is still very much a TEAM GAME – and every player wearing a uniform makes a contribution in their own way.

He committed at LSU early on in the process after pledging to the University of Miami first.