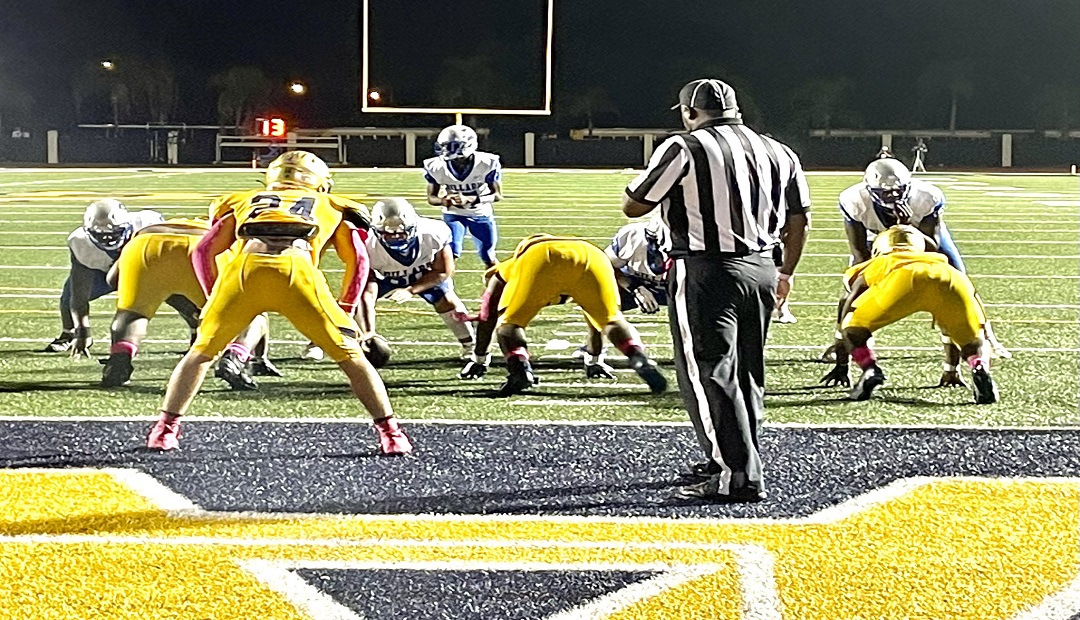 Ever since losing to the now No. 1 team in the state, Tampa Jesuit, this has been a much different St. Thomas Aquinas football team.

Even though they dominated every opponent over the past two months, this game at home was indeed different.

For the first time in three decades, St. Thomas Aquinas and Dillard were playing for something more than a kickoff classic or mid-season matchup. This was for the district title.

As head coach Roger Harriott and his team moved to 8-1 with the win – with only a trip to Davie this week to play Nova – the 23-13 win over the 7-1 Panthers was indeed rewarding, and far from easy.

With Dillard now sporting a 6-12 education format, the athletic department will also benefit, and it has. This is a team that has won 25 of the past 27 games and had six shutouts this season.

This is a program that is headed for a third consecutive state championship appearance, and while Dillard could be another obstacle in a month, the Raiders have things moving in a very positive direction, picking up yet another district title.

When Cardinal Gibbons lost to St. Thomas Aquinas last week, it made it two losses in three games for the defending 4A state champions.

The trip to Venice for a Saturday makeup game from earlier this season, was not what this program was looking forward to.

After all, the 5-2, Chiefs were picked by many as a two touchdown underdog against a program that had dismantled every opponent – even Miami Northwestern in a kickoff classic game that was one-sided.

With all the negatives surrounding this program with those late season losses, the only thing that could even brighten the month of October was a win.

In a game that was filled with penalties, head coach Matt Dubuc and the Chiefs made that three-hour ride payoff as they took advantage of everything that was given to them and now will use the 28-22 victory as a major positive – with two regular season games left before the playoffs start.

THE REST OF WEEK 9