STATE PLAYOFFS: Palmetto Gets Defensive In 8A Opener 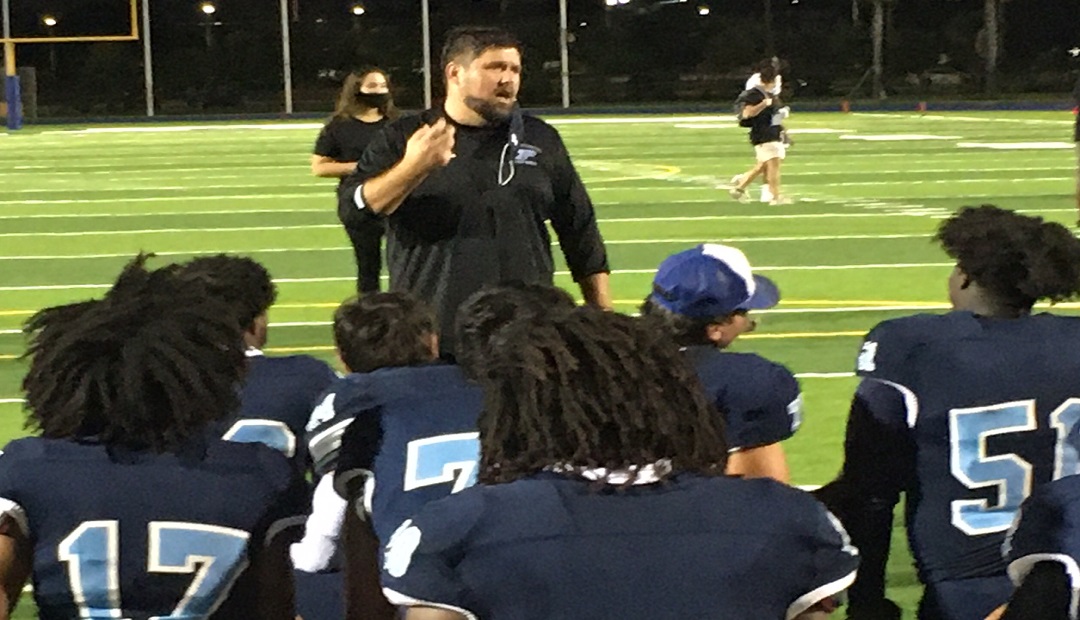 If the Miami Palmetto Panthers are going to continue to win in the 8A state playoffs, can the defense carry them?

After a 10-0 win over Orlando Dr. Phillips in the opening round of the state playoffs, south Florida’s only 8A team, will head to Orlando Lake Nona this coming Friday with a limited offense, but a monster defense.

When highly-rated junior quarterback Kevin Smith went down in the first quarter with a knee injury, head coach Mike Manasco and the Panthers became a “wildcat offense” – with University of Miami-bound receiver Brashard Smith getting many more touches than he ever expected.

What he did do – without putting the ball in the air – is help move this team on to the second round of the playoffs.

With “backup quarterback” Jason Marshall on the sideline with an injury, the Panthers were as “vanilla” as you can get on offense – against a very impressive Dr. Phillips team. But on defense, it was a different story.

This is a team that has been building this defense for the past three years – and with University of Miami commitment Leonard Taylor leading the way, the Panthers from Orlando could never get untracked – and that is why many who have watched Palmetto play, believe if they can add balance to the offense, very few are going to outscore them, especially with major college defensive players all over the field.

Adding to a stingy defense, Palmetto is also fortunate to have senior kicker Diego Navia, one of the state’s best, as a huge weapon.

While everyone has been playing games, Miami Central (2 playoff forfeits) and St. Thomas Aquinas (playoff bye) have not been in action for a while.

The Rockets and veteran head coach Roland Smith have played ONE full game, losing to rival Northwestern, 21-14, and were leading Miami Edison, 14-0, when the game was called. Even though this program is stacked with talent, they have not played and that brings on plenty of rust. They open on Friday at Traz Powell Stadium against Naples Lely.

The Raiders, despite losing to 4A area power Cardinal Gibbons, are certainly the favorites to get to the 7A state finals once again. Head Coach Roger Harriott and his team will be on the road for a first ever visit to Lehigh Acres.

Ever since they lost that heart-wrenching 23-20 game at home to Miami Northwestern last November, American Heritage and head coach Pat Surtain have pointed to this day, and will have another opportunity – a year later – to turn the tables on head coach Max Edwards and the Bulls.

This 5A second round game is really a state championship level game. There is no way around it, but someone has to lose – while the other team moves on – and once again – the Patriots will host.

Coming into the 2020 season – Cardinal Gibbons and Gulliver shared the same passion for what this season is all about. Both took a tough loss to eventual state champion Miami Booker T. Washington. Both vowed to be back – and they are!

On Friday night, just two rounds into the state playoffs, two of the best 4A schools in Florida, will clash at FIU and it promises to be one of the top games this week – with head coaches Earl Sims (Gulliver) and Matt Dubuc (Gulliver Prep) more than ready.

While Miami Edison and head coach Luther Campbell were making another head-shaking impression in a runaway with against North Palm Beach Benjamin, and will play Boca Raton Saint John Paul II this week – moving one step closer.

For the three-time defending state 3A champion Lions, a first round win against Somerset Academy Silver Palms, it’s business as usual as the offense has approved and the defense remains as good as any in the state.

Chaminade-Madonna and head coach Dameon Jones will take on Fort Lauderdale Calvary Christian in a rematch of last year’s playoffs.

While Edison is certainly gifted and has done an amazing job, the Lions are looking for a fifth consecutive trip to the state finals – and experience certainly means plenty at this point.

The defending 2A state champion Champagnat Catholic Lions have shown that if you are going to beat them, you will need to bring your very best game.

Also searching for a fifth straight trip to the state finals, head coach Hector Clavijo and the Lions (7-2) won for the second consecutive week on the road – and now will play Moore Haven this Friday.

SANDVIPER Looking For Your Feedback