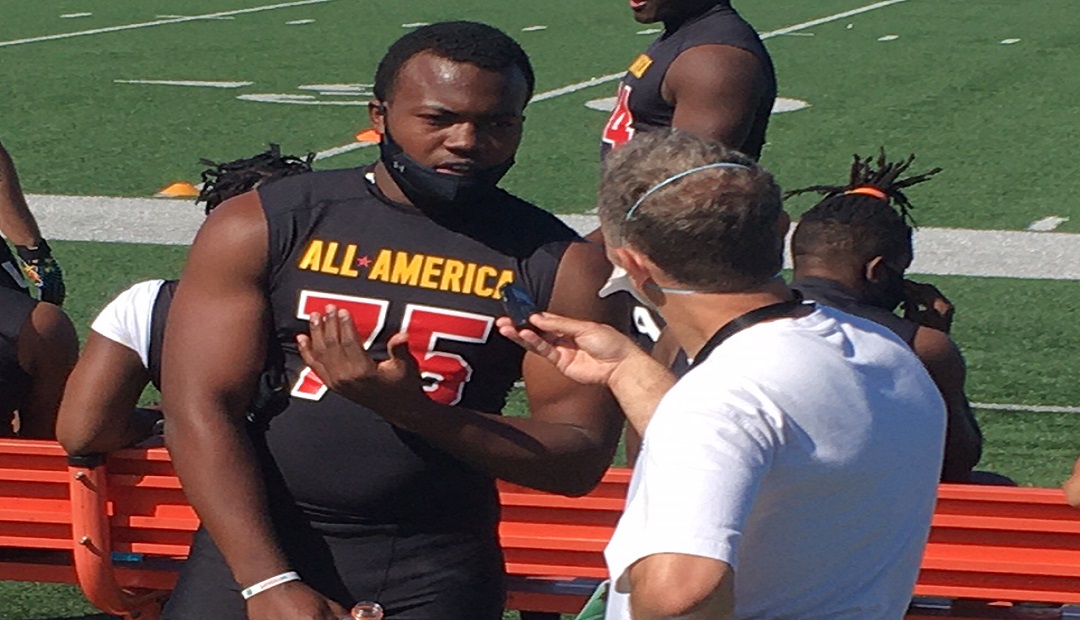 If you have followed us for any length of time, you already know that when it comes to promoting and evaluating talent, our objective is to get as many athletes out to college coaches as possible.

From all the prospects for the 2022 class to the entire offensive prospects in 2023 on offense, it’s all about exposure.

Today, we add to that list with defensive ends and linemen in the Class of 2023, giving them an opportunity for college coaches to know that they are out there and ready to compete.

While this is a list and not a ranking, it is something that hundreds and hundreds of college coaches follow to see the young men who are among the best in a region of the country that has NO equal when it comes to producing talent.

Among those impressive 2023 football prospects who have already made an impact include heavily recruited defensive end Rueben Bain (Miami Central) and FSU commitment and legacy Lamont Green, Jr. (Miami Gulliver Prep - DE). Both are nationally rated and are still coveted by just about everyone and anyone.

As Bain and Green are solid and major impact performers, this is south Florida and there are many others who have also had the opportunity to showcase their many skills.

THE TALENT CONTINUES TO MATURE

Because the colleges didn’t have the chance to see these young men LIVE in this spring, this summer started to see many new faces emerge – as they were bigger and more mature than they were at this time last year.

Here are some more Class of 2023 athletes to keep your eye on: