Plantation Looking To Stay At The Top 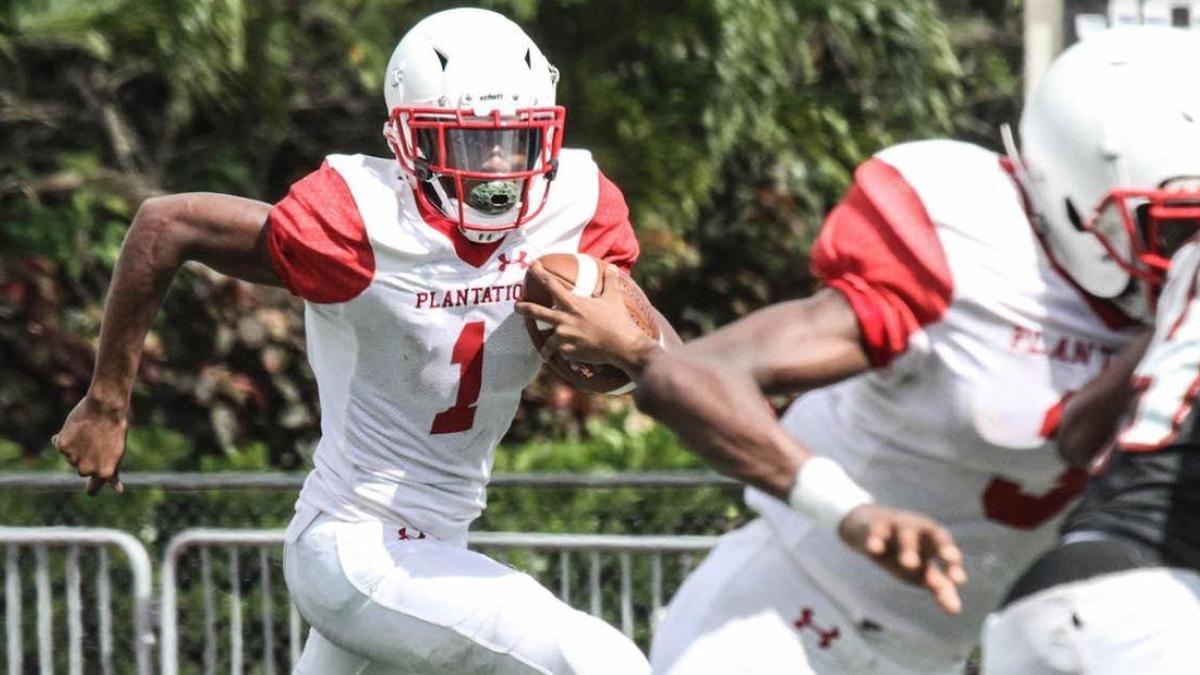 When the first Tri-County Football Championship Poll was released on Wednesday, a team that has everyone’s attention stood atop the 16 Class 7A teams who are competing.

Coach Steve Davis and his Plantation Colonels – who lost just twice a year ago (both to state champion and district rival St. Thomas Aquinas) are off to a 1-1 start in this pandemic-shortened season.

While tonight’s game with 2-0 Coconut Creek was called off due to Covid concerns, the Colonels will look to keep things going and remain the top team 7A program in the race for a Tri-County title in late December – while staying safe remains a major concern.

Led by University of Miami-bound standout receiver Jacolby George, this is a program that has remained consistent through the years.

While the Coconut Creek-Plantation game is not being played, there are some other games to keep an eye on this evening in south Florida.