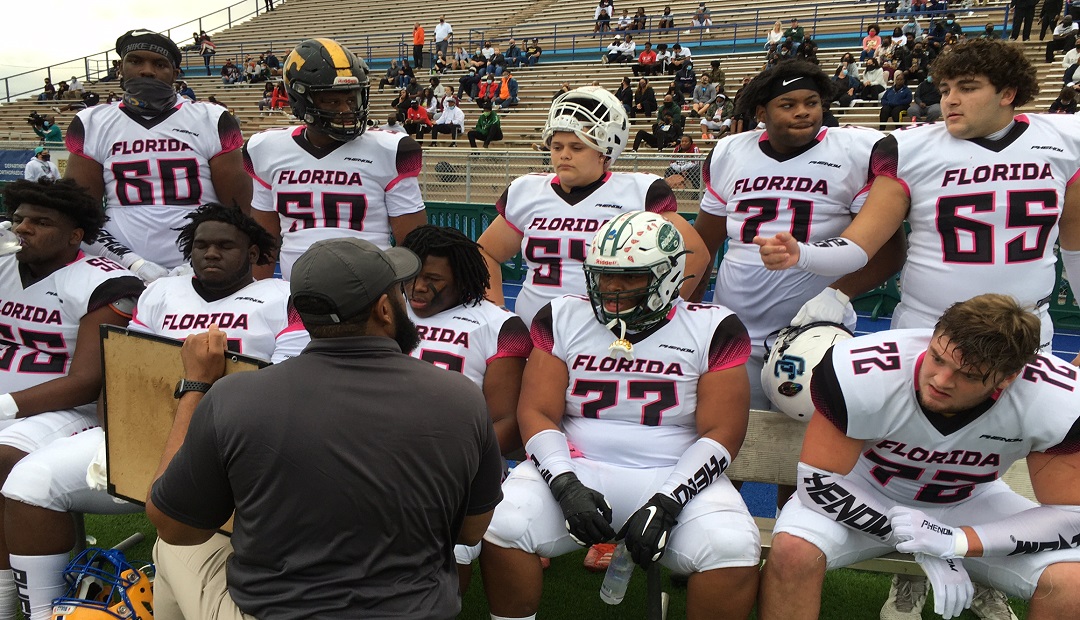 While the return of the Florida-Georgia High School All-Star Football Game didn’t end well for Team Florida, the experience of playing in the event was indeed very special.

Even though Team Georgia won the game, 26-10, with two late interception returns for scores, the four days spent by both teams certainly outweighed the outcome.

The return of this special game, played at south Florida’s “Mecca” – Traz Powell Stadium, featured some of the top players in the nation – with several prospects already signed to go to college.

For south Florida area players who competed in the game, it was indeed something special.

With Texas A&M signee Yulkeith Brown Jr., picking up the Offensive MVP for the game, other impressive prospects also had the chance to play in this event that was a showcase of the 80’s, 90’s and into the early 2000’s.

When the dust had settled, the game awards were handed out:

5 Class of 2023 Prospects To Watch This Summer