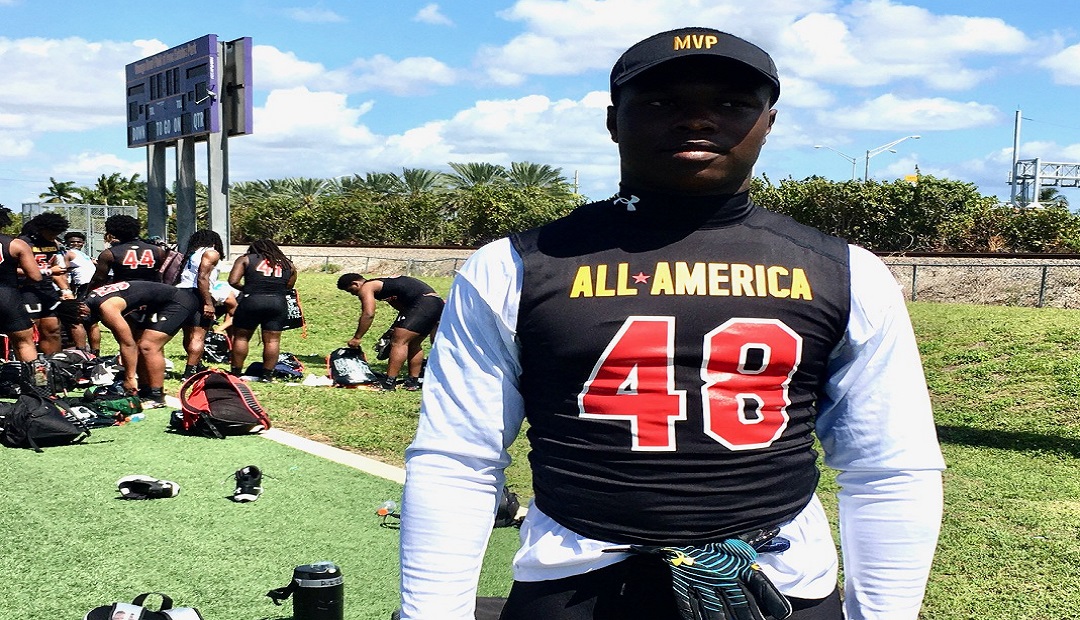 Through the years, the one position that continues to improve is linebackers.

While there have been so many impressive prospects in the state of Florida – and south Florida in particular – over the years, the 2021 season will certainly showcase some elite outside, middle and inside linebackers, who can fill any scheme colleges from across the country run.

At last weekend’s Under Armour Combine at Ives Park in North Miami-Dade County, several linebacker prospects – in every class – had the opportunity to show event organizers, fan websites and recruiting analysts that they certainly belong.

As many of the top prospects were recognized instantly, it was the “under-the-radar” athletes, many who very few had watched before, that had the chance to put their name on the map.

Events like these are not so much important to the high-rated athletes who already have a college choice, it does mean everything to those who are on the fence, and that one play at the combine that could change everything.

There were some amazing athletes who did come out – and everyone was treated to some impressive performances by some big talent.

Among those who everyone was watching included the best linebacker in the state in Miami Central’s Wesley Bissainthe. No matter where he goes, this athletic playmaker never disappoints. He has been on the radar since the end of his 9th grade year.

Miami Gulliver Prep’s Travious Lathan also showed why he is going to be one of the best in the nation this coming season. A major prospect who has everything you need at this position.

Speaking about huge season and the Chiefs, three-year starter Tray Brown has been showcasing his many abilities the past few seasons – as this team continues to produce outstanding linebacker prospects.

Two other Class of 2022 prospects who have also shown that they are going to be special – includes athletic and sought after Mekhi Mason (Miami Monsignor Pace) and Derrieon Craig, who was one of the huge reasons why St. Thomas Aquinas repeated as state champions in 7A.

It has been a special season for Stranahan standout Omar Graham Jr. Not only has this versatile playmaker received plenty of recognition, but he continues to respond at every event he attends.

As good as the Class of 2022 standouts are in this region, the Class of 2023 already has a pair of nationally-rated players in Jayvant Brown (Deerfield Beach) and Miami Killian’s Stanquan Clark. Both difference makers have played other positions – and colleges believe that both of these elite players will continue to get better and make an impact.

PLENTY OF TALENT TO CHOOSE FROM

In addition to those athletes who everyone watched and knew all about, there were some others who also made an impact: