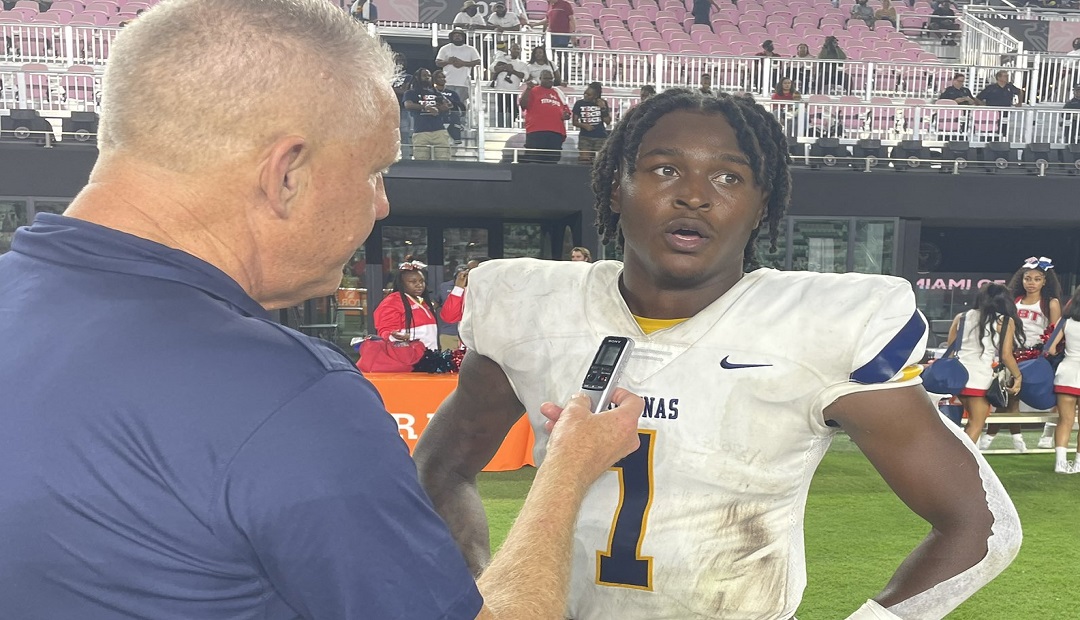 It has gotten to the point each year where Fort Lauderdale St. Thomas Aquinas is pretty much a for sure thing when it comes to reaching the 7A state final.

This win was so important to head coach Roger Harriott and the Raiders. A 14-1 finish after losing a tough game to current No. 1 team Tampa Jesuit, but they rebounded and finished as strong as any team in the state.

It was all about a solid offense and an opportunistic defense that gave this team a 14-1 record and another 7A crown.

The Raiders got on the board with 8:05 left in the first quarter when senior Anthony Hankerson scored from the 30 and a 6-0 lead.

St. Thomas Aquinas extended the lead to 14-0 at the 3:42 mark in the first quarter on a four-yard run. Zion Turner added the extra point.

The Titans got on the board with 9:56 left in the opening half on a seven-yard pass from Xavione Washington to Greg Gaines for 21-7 advantage.

The Raiders finished the scoring in the first half when Turner found Auburn University signee Camden Brown from 21-yards out and 28-7 lead.

The Titans (14-1) closed out the scoring on a one-yard run by Ronald Sims, who would finish with 54 yards.

The two-teams had plenty of top performers on this day – with Hankerson finishing with 117 yards and three scores as he plays his final game for this team. Turner had 65 yards on the ground.

Besides Sims, Washington finished with 42 yards on the ground.

While Turner was distributing the ball around the field, Washington was completing 21 of 34 passes for 249 yards.

Mason Taylor finished with four catches for 54 yards, Brown had 47.

Jeremiah Johnson (7 tackles) and Cyris Alexander (5 tackles) were among a number of key prospects for the Titans.

WEEK 2 PLAYOFFS: The Stakes Continue To Rise In south Florida