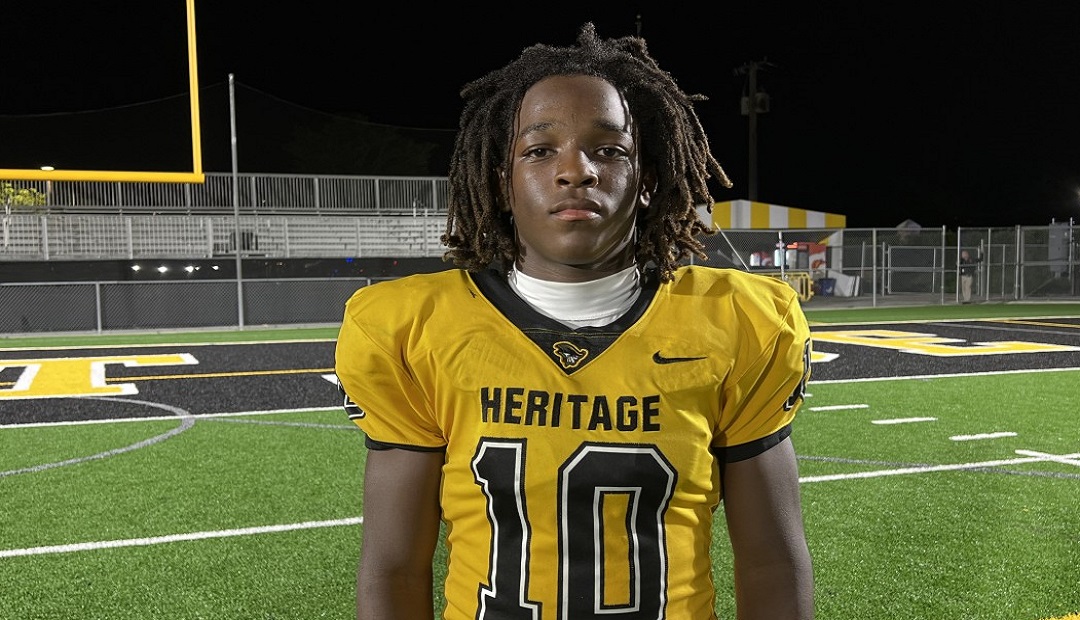 There is no hiding the fact that the first four weeks of the 2022 high school football season has been exciting and filled with some outstanding performances.

While many of the seniors are getting plenty of exposure so far – as colleges and universities look to fill their rosters with Class of 2023 talent, there have been some underclassmen who have found a way to steal the show.

Because of the outstanding youth leagues that we have in the south Florida area, it is not uncommon that a freshman or sophomore will enter school and compete at the varsity level right away. That has been going on for years – and that is a reason why colleges and universities are watching prospects as early as 14 and 15 years of age.

As we do throughout the course of the year, today we bring you five more talented young man to keep an eye on. Five prospects who are getting it done before their final season:

2025 – Jason “Weasel” Barket, QB, 6-0, 175, Miami Westminster Christian. With baseball lineage, here is a quality football player who has hit the high school varsity with plenty of talent and enthusiasm. From the same school that produced young stars such as Bill Henderson and David Thompson, this is a prospect with a strong and accurate arm and confidence way beyond his years. Whether it’s the short passing game or throwing long, he is someone college coaches need to start to watch for future reference. He also holds down a 3.5 GPA in the classroom.

2025 – Chris Ewald, CB, 6-1, 165, Hollywood Chaminade-Madonna. Playing on one of the nation’s best football teams, this is not a young man who blends in. Watch him play in any game and he turns heads. A three-year varsity player already, fans have had the chance to watch him play this game at a high level – and play it well. Will continue to emerge as one of the top talents in the state and country. He also gets it done in the classroom, where he holds down a 4.0 GPA.

2024 – Glenn Smith III, 5-10, 160, Miami Southridge. Transferring over from Somerset South Homestead this season, here is a gifted football talent who can do it all. Plenty of speed and athleticism, his ability to make plays has truly helped the Spartans already in this young season. Will continue to emerge as one of south Florida’s best over the next two seasons.

2025 – Deangelo Thompson Jr., DE, 6-3, 215, Miami Central. This is gifted talent who has already made an impact for the state’s No. 1 team. Since coming over from Miami Springs, his stock has started to rise as more analysts and recruiting specialists are getting the opportunity to watch his play at a high level and respond to every challenge. He is one of the many faces who will help the Rockets continue to dominate into the future.

2026 – Malachi Toney, WR, 5-10, 165, Plantation American Heritage. There may not be a freshman in the nation who has burst onto the scene against big time competition like this quality football player has. He has turned heads on national television as well as showcasing skills that many just do not have at this young age. As the season progresses, he will show that he is indeed ready to go up against anyone and get the job done. This is young man who plays this game at a very high level. Just remember the name – because you will definitely hear it for years and years to come!