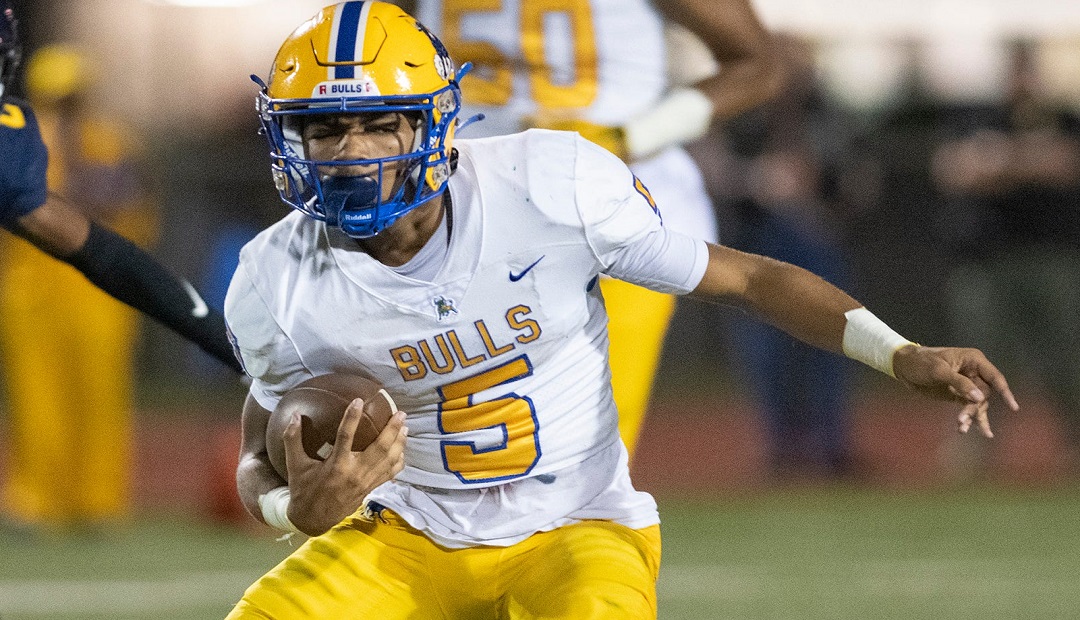 As we race toward this week’s state semifinals across Florida, there are still 32 teams left – 7 from south Florida.

With each round becoming more difficult, we are seeing some of the elite prospects start to make an impact against top-flight competition.

As we do throughout the entire year, bringing you the prospects who are making the noise is what this is all about.

This is the time of year that these quality football players begin to make an impact – as fans and coaches get the chance to see these student/athletes at their very best.

Today, we bring you five more south Florida football prospects who are watching their stock rise in the playoffs:

2023 - Rueben Bain, DE, Miami Central. Setting school single season sack records (27) is not what you would expect from a junior, but this is not your ordinary junior. Already one of the best in the country, here is the blueprint for an elite defensive football prospect. He has everything you are looking for – and he is only scratching the surface. As he gets bigger, gains even more burst off the ball and continues to read plays, this is going to be “best in the nation” kind of player – if he isn’t already. This speed, intelligence and athleticism package does not come along too often.

2022 – Derrieon Craig, OLB, Fort Lauderdale St. Thomas Aquinas. When he came over from Delray Beach Atlantic High at the start of the 2020 season, many didn’t know what to expect. After being the MVP on defense in the state title win over Orlando Edgewater, he established himself as a player to watch for 2021, and they were not wrong. One of the top performers on a unit loaded with talent, he has been instrumental in getting the Raiders one step closer to winning three straight 7A state titles. He makes plays!

2023 - Taron Dicken, QB, Miami Northwestern. Where do you want to start with this impressive football talent who has been a hit since his 9th grade season – leading the Bulls to a state title. But now, two years later, he is back and better than ever as one of Florida’s top passers, who has led his team to the state semifinals. This is an amazing talent who is surrounded by some of the top playmakers in south Florida. College coaches should be at his door around the clock.

2022 – Denim Edwards, RB, Miami Christopher Columbus. Here is the perfect example of someone being patient and waiting for his time to shine – and ever since last spring against North Miami Beach, here is a gifted runner that has helped the Explorers reach the 8A state semifinals as a 5-7, 190-pound game-breaker who is on his way to the Naval Academy. Solid young man as well.

2022 - Jamaal Johnson, DE, Hollywood Chaminade-Madonna. While his teammate Kenyatta Jackson gets a lot of the play – here is someone who has also carved out his impressive high school career, as a pass rusher, and embraces the next level. Leading his Lions to the 3A state semifinals, this quality talent has 14 sacks and is one of the durable linemen in south Florida that had schools such as UCF looking in his direction. Headed off to play for the Knights after this year is over, a state title would be just the send off for a talented playmaker who has been right there every step of the way.