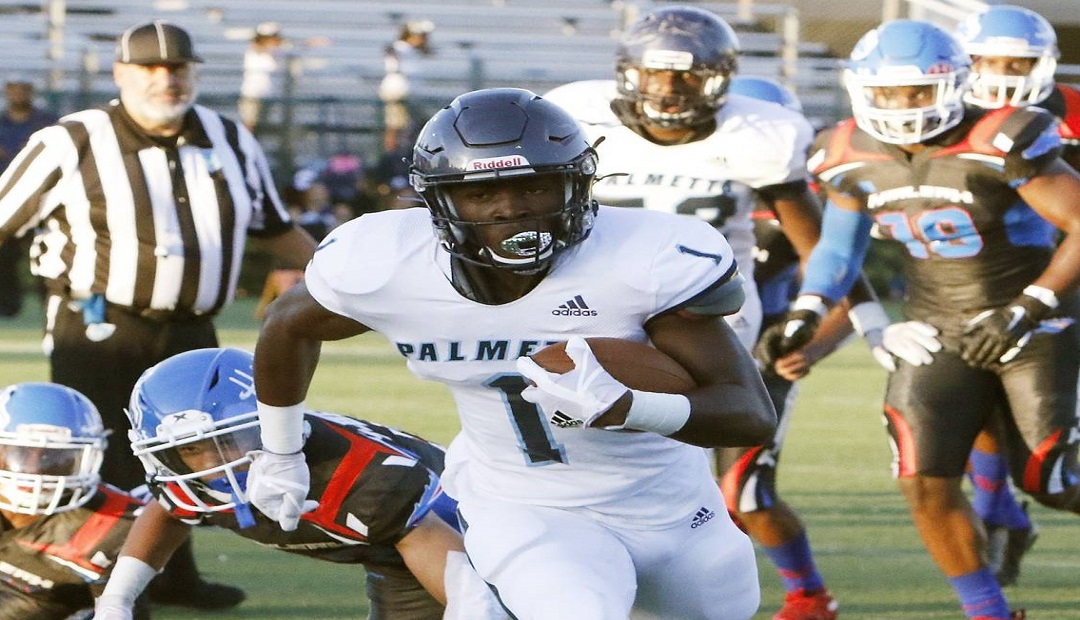 SCOUTING: In a sea of amazing talent that head coach Mike Manasco has on campus, there is Brashard Smith.

While he was not the household name that others on this team had become over the past year, he was that athlete that everyone talked about three years ago – when he was the future running back that the Panthers had on their roster.

From coaches to players and fans, all spoke about his talent and how much of an impact player he was – and while others have raced by him in the publicity department, the University of Miami knew enough about him as a football talent who could be as much of a find as anyone in the 2021 class.

His ability to make plays and move the chains – when he gets his hands on the ball is something that Coach Manasco and others spoke about when he played the running back position.

What Smith represents is someone who never made waves, did what was needed to win games and understand that his role.

Smith’s reward has been plenty of recognition and admiration as a football talent who can do some outstanding things with the ball, which he has proven over and over again. His commitment to attend the University of Miami, while it didn’t get the recognition and spotlight that many of the other early commitments received, this could be one that will pay off in a major way.

With the 2020 season on the horizon, Smith will certainly have a chance to make an impact this coming season – as much more attention will be paid to his production.