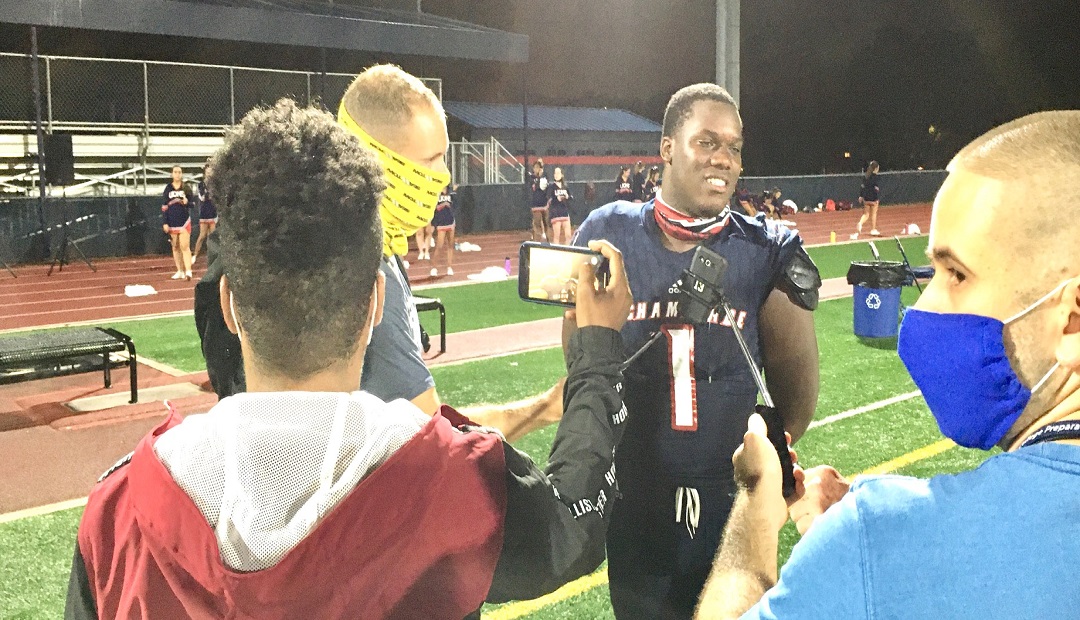 It was easily the best matchup of the week in Florida – the defending champions in 2A and 3A.

In a year that has not been friendly to south Florida with the Coronavirus and a majority of the schools not even conditioning yet, last Friday was certainly a day that every football fan had looked forward to.

Chaminade-Madonna, which had won three consecutive 3A state titles at home against a Champagnat Catholic squad that has been to four straight 2A title games – winning two – opening the season up.

Even without fans, this was a game that all of south Florida had looked forward to – as optimism filled the air for a total return of the sport soon.

With West Palm Beach Cardinal Newman and Calvary Christian, and Dade Christian and Fort Lauderdale Westminster Academy in action as well, this was the game that everyone statewide wanted to see.

While there were media members along both sidelines, basically all of them were in attendance to see University of Miami commitment senior running back Thaddius Franklin – and he did not disappoint. Scoring four times and running for over 100 yards, he was indeed the difference that gave the Lions of Chaminade-Madonna 27-14 win over the Lions of Champagnat Catholic, but it would not be easy.

This was a game that helped launch the season for head coach Dameon Jones and shine a spotlight on several prospects not named Franklin.

It gave sophomore kicker Samir Attasi a chance to shine as he replaces University of Miami-bound Andres Boregales. He was indeed impressive, starting his first game.

Offensively, quarterbacks Jaylon Tolbert (2021) and Brady Kelly (2022) were getting some reps along with linemen Alex Paul, OC (2021) and 2023 future standouts Jason Hammond, Deandre Duffus and Elvin Harris among others.

Coach Hector Cavijo and his Lions had the chance to also get a look at several players.

While Chaminade-Madonna and Champagnat Catholic were getting the season started, so were a few other south Florida programs.

The Coach George Stubbs era started off on a positive note as Dade Christian – with a number of new faces – beat Westminster Academy 26-6.

Among those standouts we brought you in the Crusaders’ preview who stepped up were running back Joshua Webb, who ran for 183 yards and 2 TDs, receiver/defensive back Matthew Henry, converted running back Kelly Loiseau, who we brought you four years ago as a promising running back at North Miami Beach, came up huge on defense at linebacker, and corner back Darian Anderson, who played well in the secondary and on special teams.

Week 6: Things Will Start To Heat Up This Week