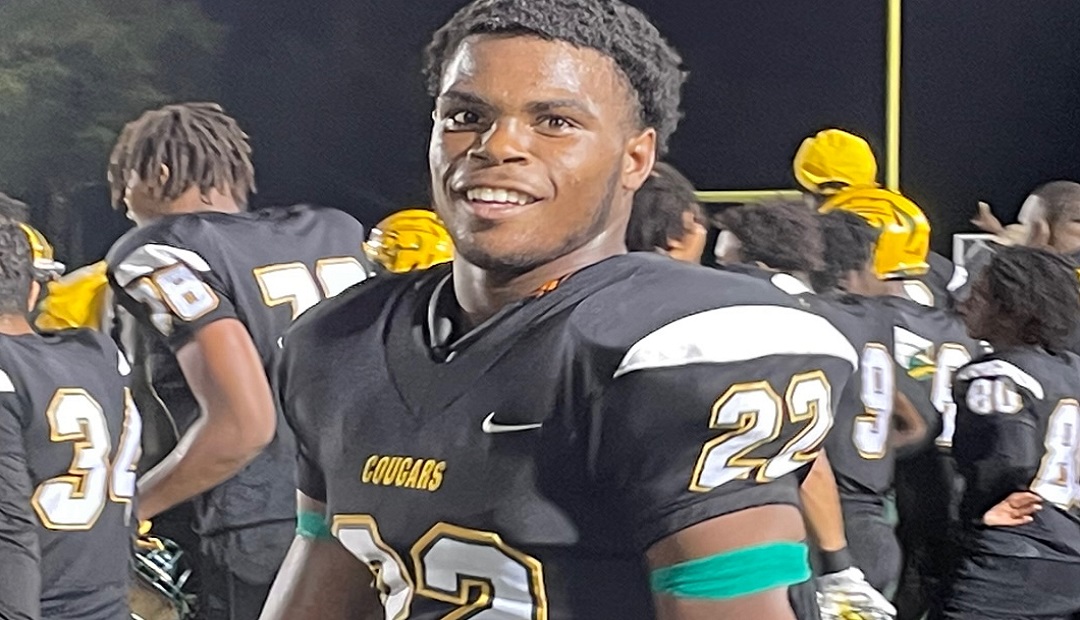 Okay, so it’s only July and the Miami Hurricanes are coming off a 7-5 season in 2021, but the buzz around Coral Gables is at a place that fans haven’t seen in a long time.

While they still have to win games, head coach Mario Cristobal returned to his alma mater with nothing but winning and building nationally-rated program in mind – and he has done just that.

With star-rated athletes jumping aboard the past month, Miami has vaulted from the mid 30’s to top 10 for the Class of 2023, and that is something that everyone is excited about.

The very fact that spring and the month of June really started to define where this program is headed, the Hurricanes have been red hot – not only with the 2023 class, but also prospects who have been coming on campus since Cristobal and his staff have arrived.

This is a staff with experience and name recognition, which has added up to so many positive. They were all over this spring and that has truly made an impact on athletes and their families – as well as high school coaches and a fanbase that is often not realistic.

Because this program has not been in the national picture for quite some time, there has been plenty of skepticism among fans and several athletes who have been swayed out of south Florida to other destinations without truly considering The U. But that may be in the rearview mirror now – with the approach that this new staff has made.

Add in great coaching and plenty of enthusiasm combined with the a major facility upgrade and you have something very impressive in place.

While many schools are still trying to figure out the Hurricanes’ sudden recruiting success in the Class of 2023, those who have been around the program since Cristobal and his staff have taken over – fully understand what is going on.

Raul “Popo” Aguirre, LB, 6-2, 220, Fayetteville Whitewater, Georgia. The most recent commitment to the class, here is someone who covers a lot of ground, solid against the pass and is a run stopper. A position of need and this a true talent. Hard worker who knows this area very well.

Jackson Carver, TE, 6-6, 220, Windsor The Loomis Chaffee, Connecticut. Originally from Culver, Indiana, this is truly a player you need to watch. Quick off the ball, tough to stop from getting open. He is a pure athlete who fits into the ‘Canes offensive scheme very well.

Nathaniel “Ray Ray” Joseph, Slot, 5-8, 170, Miami Edison. From watching him the past four years, we already know that when he gets into space and uses his speed – watch out. Impressive in every way. Comes from a big-time football background. His cousin plays at FIU.

Francis Mauigoa, OT, 6-5, 330, Bradenton IMG Academy. Watched him a year ago and was extremely impressed with the way he played the game. Easily one of the top line prospects in the class, his speed, power, agility and burst off the line makes him someone that needs to be addressed on every play.

Reid Mikeska, TE, 6-5, 233, Bridgeland Cypress, Texas. His ability to get open from the line of scrimmage of out of the H-Back spot makes this standout performer someone who is a huge asset in any offensive scheme. Get him alone with a linebacker and it’s torture.

Jaden Rashada, QB, 6-4, 185, Pittsburg, California. What else can be said that hasn’t already been talked about over and over again. Blessed with an outstanding football mind, knows how to read defenses and has the arm strength to fit into any area – short, intermediate or long. Hard to figure that anyone could be better – at this stage of his career.

Robert Stafford, Melbourne Eau Gallie. Watching him on the football field as well as a basketball standout, this is one of those prospects we talked about last year when he was never on the radar. Saw him perform on both sides of the ball and left impressed at his burst on offense and skill in the secondary. Because of his athleticism and ability to jump, this was one of those gifted prospects who started to climb the ladder – fast.

Frankie Tinilau, OT, 6-6, 320, Miami Immaculata LaSalle. When you happen to come from Queensland in Brisbane, Australia, the first thing that pops up is surfing. But this is an athlete who has picked up the sport and has been amazing – with his athleticism, strength and confidence. Will play in south Florida where everyone will have a chance to see him grow and mature.

Antonio Tripp, OL, 6-3, 300, McDonough Owings Mills, Maryland. Growing up a west Baltimore hotbed for football, this is yet another big man who is agile, athletic and will outwork everyone on the field. Great feet and a motor that never stops. He will continue to improve as he gains more technique and learns more about the position.

Jayden Wayne, Edge, 6-5, 245, Bradenton IMG Academy. How anyone can actually believe that this young man isn’t as good as you get at this level may have to go back and learn to evaluate talent. Quick off the ball, strong, huge wingspan and very athletic. His motor never stops and he will make life tough on any quarterback – with his football skills. All he can do is get better and that is a scary thought. Plays the run as well as he gets after the quarterback. Another west coast product.

Bobby Washington, LB, 6-3, 215, Miami Palmetto. Making his move from Georgia to Miami Killian last year and helping the Cougars to a 12-1 season, this was a physical talent that continued to pick up some valuable experience – with solid coaching and high-level players around him. Has the size, the speed and passion for the game. He will get better as he continues to get reps.

Robby Washington, Slot/Athlete, 5-10, 185, Miami Palmetto. Having covered his father (Bobby) at the high school level, what this young man brought to the table last season as part of the Miami Killian district champions was truly no surprise at all. He is fast, elusive, can run the ball from scrimmage as well as get into space, where he catches as well. There are so many options and the sky is the limit.

Emory Williams, QB, 6-4, 190, Milton, Florida. When nobody had a clue about this quality football player, we talked about him last year after watching him throw the ball. This is a quality talent who slid way under the radar, and by the time teams were starting to find out about him, Miami was already showing him plenty of love. Hidden in Florida’s Panhandle, it’s not easy to grab the spotlight, but when schools started watching his quick release and command of the position, they were sold.

Riley Williams, TE, 6-6, 230, Bradenton IMG Academy. While he is playing in state for IMG, this is truly someone that Coach Cristobal had on his radar several years ago – as he will come across the country from Portland, Oregon – where the Hurricanes landed Portland Jesuit lineman Bill Cichoke, who also came in as a heralded recruit. Williams is at a different level already. Tremendous speed, excellent hands and has the ability to turn a game around – like we will see this coming season. He played receiver and tight end at Central Catholic High School.

For the past 52 years, we have spent plenty of time on football fields. From games to practices, camps, combines and 7-on-7 events, we get to as many events as possible to see the athletes LIVE. Follow us on Facebook (Larry Blustein) Instagram (@OurBoyBlu) and Twitter (@larryblustein). Contact us at: ]This email address is being protected from spambots. You need JavaScript enabled to view it..