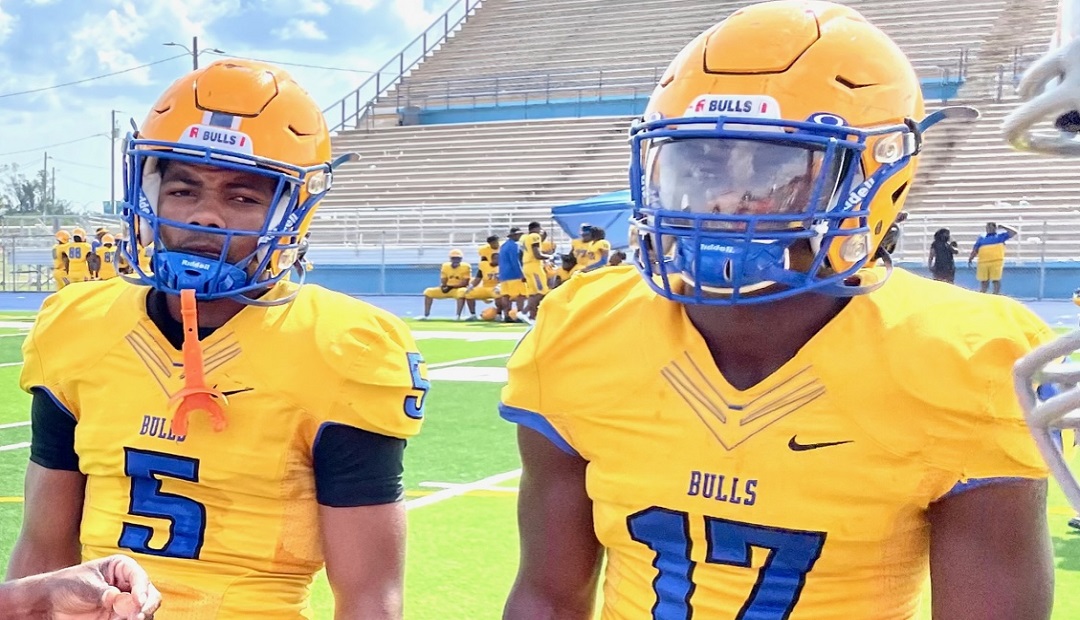 Since the day that he arrived on Miami Northwestern’s campus Taron “Tyger” Dickens stole the spotlight.

After a brilliant youth football career, he made his way to Overtown just in time to guide the Bulls to a state championship win against Orlando Jones. His 25 touchdowns and over 1,000 yard season set the table for a brilliant future.

The 13-2 record was capped off with eight straight wins and a 34-17 state title victory.

The 2020-21 season was indeed a tough year – with this team losing to Plantation American Heritage, 12-3 in the second round of the state playoffs and a 5-4 year. But Dickens still managed to do his thing, putting up big numbers despite his team falling short.

Last season was another year where the trip to the state finals fell short, losing to eventual 6A state champion Tampa Jesuit and finishing 10-4.

Dickens would end his junior season with an amazing 42 touchdowns and well over 2,500 yards, which set the table for his senior year.

With the Miami-Dade County passing record up for grabs – with Miami Booker T. Washington’s Torrey Morrison sitting at 10,076, Dickens was up for the challenge.

Last Saturday night in a game against Miami Immaculata LaSalle, Tyger threw for 281 yards in a 44-0 win and put himself into first place as the all-time leading passer in a county and an area that has produced more than its share of stars.

In a addition to Northwestern and Tyger’s big Saturday night, here is the way Week 10 finished up:

Miami Central Continues To Set Standards On The Football Field

Florida Christian Continues To Build The Program Back