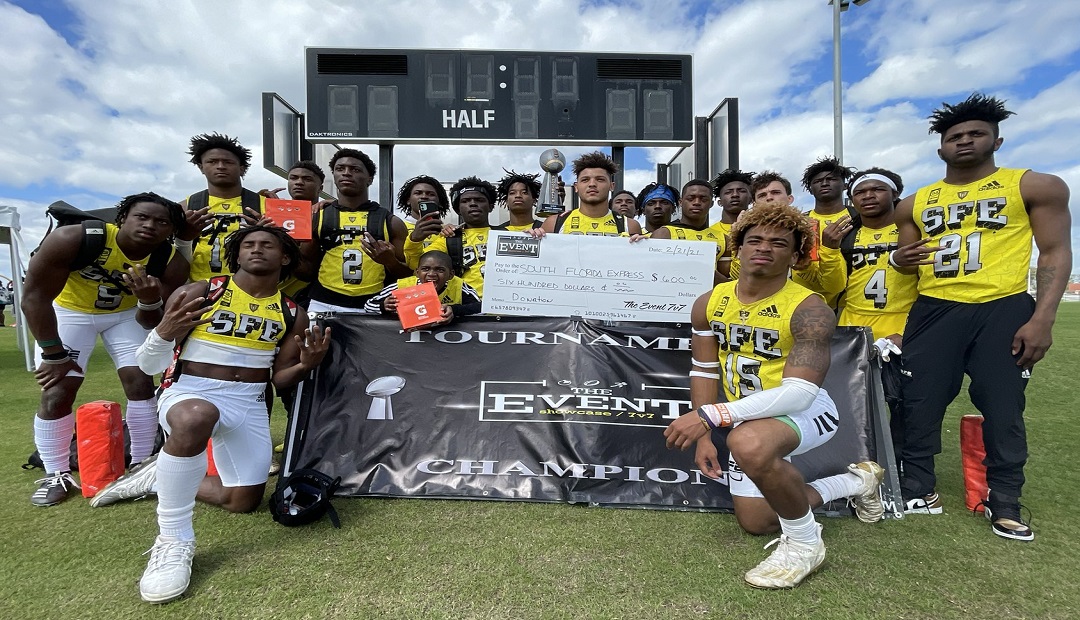 It has been said over and over that when the 7-on-7 “craze” began well over a decade ago, Brett Goetz and the South Florida Express were front and center.

Grabbing many south Florida elite prospects, SFE paved the way for what is now one of the most looked forward to time of the off-season – 7-on-7 tournaments.

While SFE led the way for many years, other programs were developed nationally, and of course, locally, with the Florida Fire, Strong Arm and several others sharing many of the elite prospects.

While 7-on-7 has evolved with so many teams within a 60-mile radius, SFE has changed course over the past few years – and instead of waiting for local athletes to make up their mind, or change it, they went out and got talent from all over Florida. Athletes who had heard about the Express and saw them at many tournaments, always wanting to play for them.

“What we did is filled our roster with many local players, but also went around the state to get the best, who really want to play for us,” SFE General Manager Ricky Williams pointed out. “We have had nothing but success with our tournament wins, combining our local players with kids who are also big-time prospects.”

Because they have so many talent on their junior varsity squad, who have also won a number of events, this “train” is going to continue to roll.

What SFE has done so far this off-season is once again turn heads and compete against talented programs from all over the country – and have won their share of events – pushing them one more time toward the top, not only locally and statewide, but nationally a.