Roundup Week 2: Chaminade-Madonna Has A Gauntlet To Run This Season 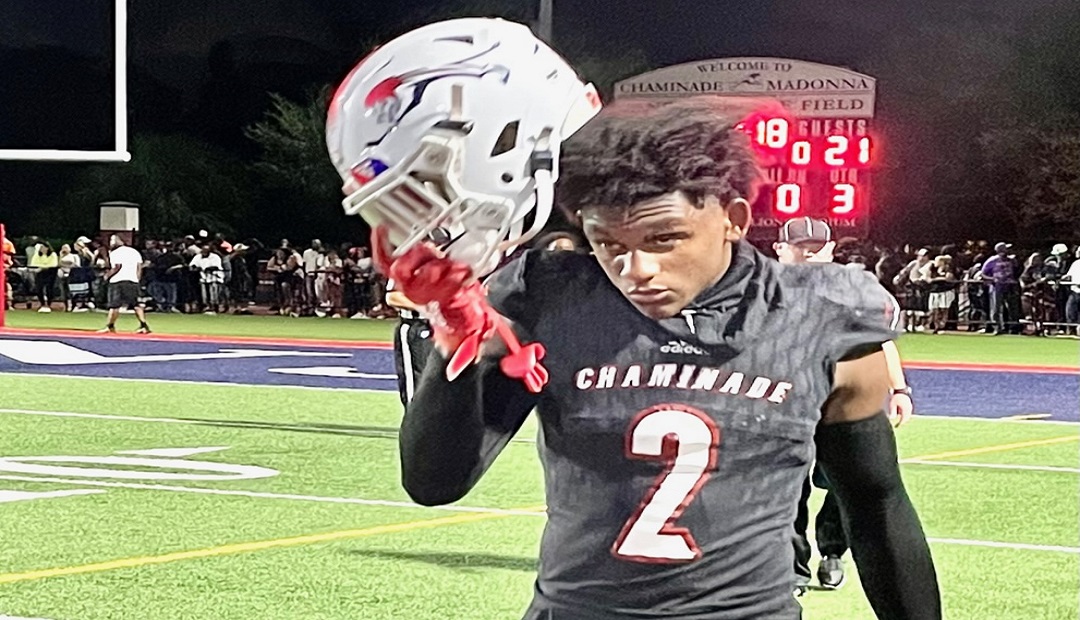 As we said all pre-season, this would be a season that many will look back on as a year that watched south Florida (Miami-Dade and Broward Counties) jump into the national spotlight by playing each other.

No matter what anyone will tell you, this region of the country has more competition that anywhere else, and when programs are playing one another, it makes it that much more exciting.

The understanding that if you are going to be considered as a national power who wants to win a mythical national championship, your schedule has to be stepped up. Enter Chaminade-Madonna.

What head coach Dameon Jones and the Lions have done this season is play a schedule that is second to none, and if they go through 2022 unbeaten, this program will have every right to claim a title – with several underclassmen leading the way.

When people are ranking teams and never watch them perform, there is always a problem. That’s why the state of Florida does not listen to what the outside is saying, they know the score. Just look at collegiate and NFL rosters and you will see Miami-Dade and Broward County prospects all over.

When the Lions hosted power Fort Lauderdale Dillard last Friday night at home, it was to be a game for the ages, and when the Panthers raced out to a 14-0 lead, many felt that the experts were wrong about this program that has been to five consecutive state championship games – winning four. But things changed, and the Lions proved to everyone why they are underrated nationally.

The 49-28 win was just another step in a huge climb to the top as senior defensive lineman Wayne Peart (5 sacks) and Edwin Joseph lifted this team to yet another win.

One week after a huge game in the Broward County Football Showcase – a thrilling 35-28 win over Washington D.C. national power St. John’s College Prep, last Friday was another major game for this program.

While many programs in the state would kick back and relax after two big games, Chaminade-Madonna is not stopping – with one of the most challenging schedules in the country.

While the Lions were wrapping things up at home, there were a few other quality matchups taking place – like:

Booker T. Washington (Miami) 28, Miami Edison 20. The Red Raiders fell behind 28-6 and made a furious comeback against Coach Tim “Ice” Harris and his Tornadoes, who moved to 2-0 as they prepare for No. 1 Miami Central.

Miami Norland 31, Carol City 12. Leading just 10-6 at the half, the Vikings exploded in their season-opener in the annual Miami Gardens Bowl. Coach Daryle Heidelburg and his football team has plenty of talent and are well coached.

In addition to those three games, high school football was very much alive in Miami-Dade and Broward Counties last week. Check these scores out:

Week 6: Things Will Start To Heat Up This Week