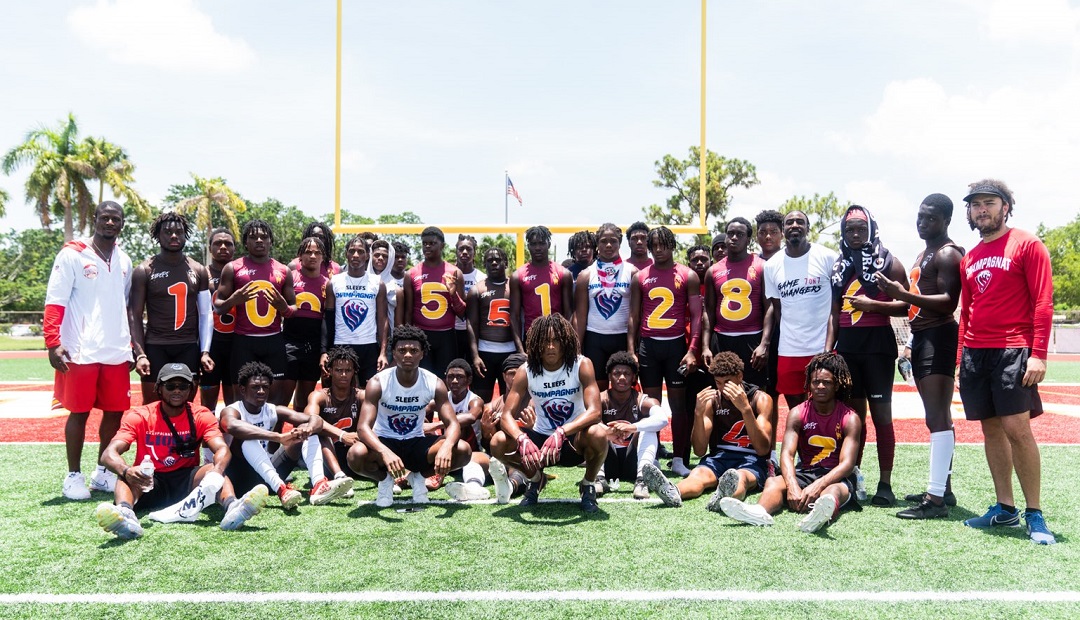 When former Miami Monsignor Pace star football player Kayvon Webster wanted to host a 7-on-7 tournament, he knew right where to head.

His alma mater would be the perfect spot to hold a summer 7-on-7, featuring some of south Florida’s top prospects – and he was right.

On Friday, several area schools headed to Monsignor Pace for a day-long event that was won by 2A powerhouse Hialeah Champagnat Catholic, but it was much more.

Several area businesses came out to support one of their own for the Game Changers 7-on-7 that awarded a cash prize to the winning team.

As NFL players such as Rashard Fenton (Kansas City Chiefs) came out to support and be a part of the day. He grew up right down the block – attending Norland and Carol City, so being a part of a group that gives back was exciting.

With Carol City, North Miami Beach, TRU Prep Academy, Dr. Krop, Dade Christian and the champion Lions, the field was stacked with talent and supported by the community.

“I cannot say enough about the support, talent and the way everything ran,” said Webster, who played for several NFL teams after his tremendous college days at USF. “You can always add more teams in the future, but the premise was to give back, have some good competition on a Friday and just hang out with friends.”

CHAMPAGNAT IS MORE THAN READY

Every once in a while, football fans will forget that head coach Hector Clavijo and his football team has won the past two 2A state titles – three of the past four and have been to the title game five straight seasons. They are not going away – and while their 7-on-7 finals opponent, Dade Christian is a team to watch, they are still the team to beat.

On Friday, it was a mix of youth and veteran players making a difference for a program that is stacked all over the field.

The Lions will also have quality talent such as Juan Rodriguez (RB), Rachaude Williams (WR/FS), 2024 - Jennario Young (OLB) and one of Florida’s best quarterback prospects Ennio Yapoor. There is even freshman (2025) safety Jordan Louis.

PLENTY OF TALENT ON HAND

In addition to Champagnat, the other programs on hand some talent as well:

SPRING SPOTLIGHT: Wayne Favors III Getting It Done For The Chiefs

2023 Receivers Could Be The Best In The Nation