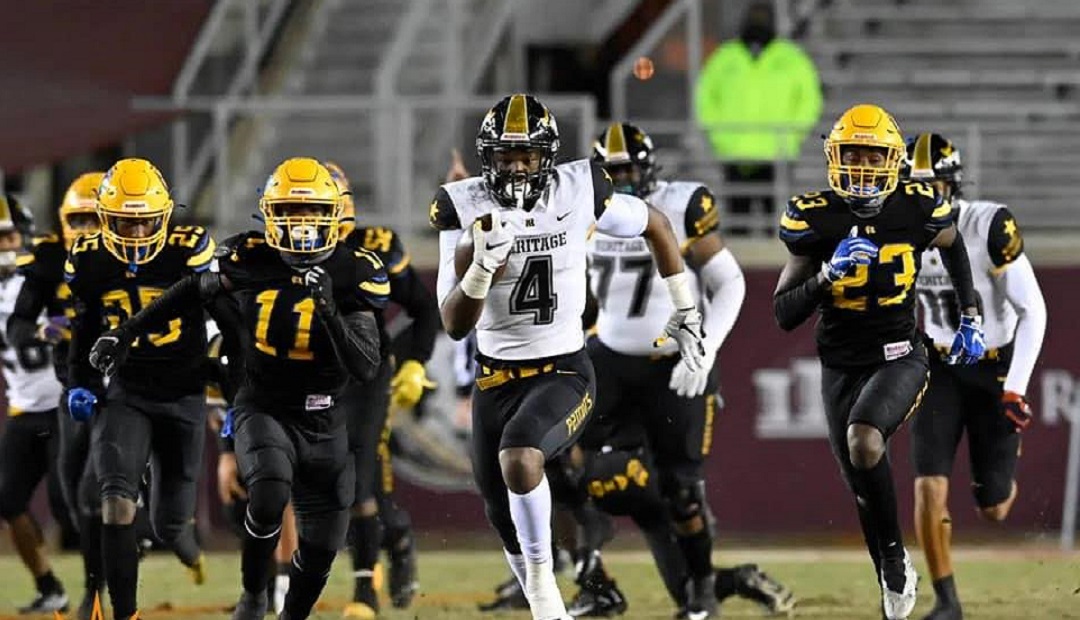 If it’s Friday night in south Florida and it happens to be football season, you can almost guarantee that there will be some marquee matchups.

No matter how you slice it, this evening’s top local game will showcase No. 2 and No. 3 in a game that was made about a month ago, and everyone knew that when Plantation American Heritage (1-1) and St. Thomas Aquinas (1-1) got together, it would capture the imagination of an entire country.

Many felt that this game would feature a pair of undefeated nationally rated programs clashing at 7:30, but instead, two programs that are less than pleased by setbacks that we never expected.

Two weeks ago, head coach Pat Surtain and his team dropped a game to 8A Treasure Coast (Port St. Lucie) and last week the Raiders and head coach Roger Harriott were beaten at Tampa Jesuit.

This game matches some of the country’s elite prospects and will truly answer plenty of questions.

In addition to that titanic matchup tonight, there are other south Florida games that will get plenty of recognition:

No. 5 Hollywood Chaminade-Madonna at No. 9 Christopher Columbus, 7. Here is another game that will draw plenty of attention – because each are state champions – and each are coming off losses. Coach Dameon Jones and the Lions are loaded on defense, and even in that tough loss to Plantation American Heritage, they stuck in the game all the way. Coach Dave Dunn’s Explorers dropped a tough game on the road near Jacksonville to Bartram Trail.

No. 2 Miami Central at No. 18 Booker T. Washington (Traz), 7:30. After two straight losses to national powerhouse St. John Bosco of California and Las Vegas Bishop Gorman, the two-time defending state champion Rockets return home to play A feisty but talented Tornadoes’ squad that battled Northwestern for all four quarters last week – and as tonight’s game unfolds, we will see if Central can rebound against familiar competition.

No. 6 Miami Northwestern at Bradenton IMG Academy, 7. On the surface, the nationally-ranked Ascenders have a huge advantage – depth at every position, but the Bulls and head coach Max Edwards have gone down this road before and know what to expect. Tough assignment.

No. 7 Miami Palmetto at No. 13 Miami Killian (Tropical Park), 7:30. This annual rivalry in the “Big Cat” game pits two impressive teams. While the Cougars and head coach Derrick Gibson continue to make a push in 5A, Panthers’ head coach Mike Manasco and his team have their eyes on another 8A playoff run. One of the most interesting matchups of the night ion south Florida.

MORE GAMES TO CHECK OUT

In addition to the featured games this evening, there are others that will be competitive as well. Check out these games.

Calvary Christian Anxious To Get Back At It