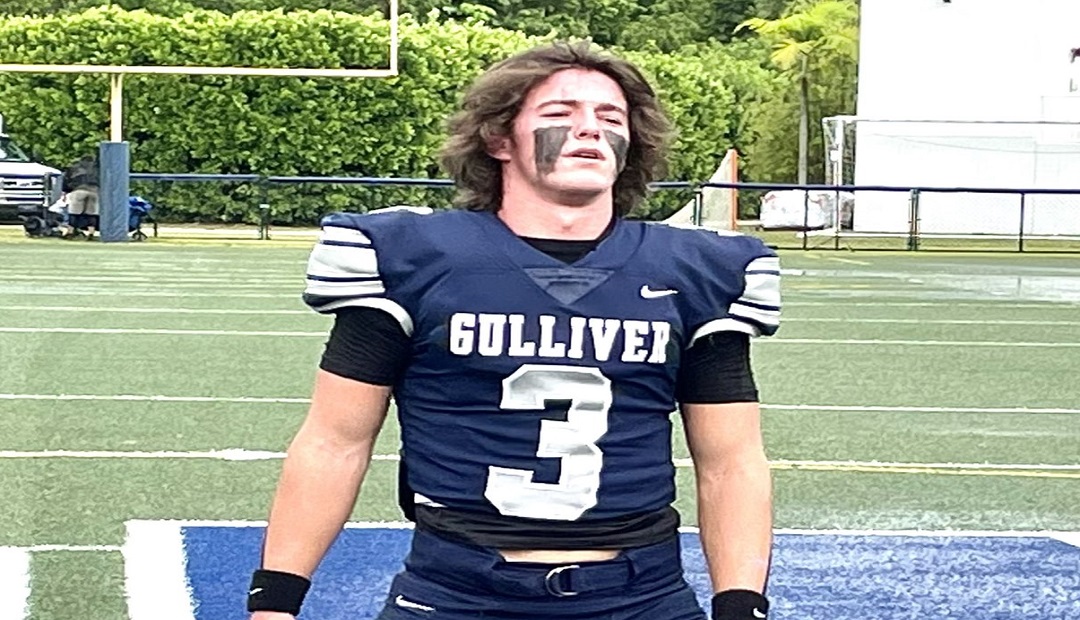 As many of us will sit down to a Thanksgiving meal tomorrow, another portion of the population will be fixed on the third round of the Florida high school state playoffs.

Football, food and more football will be the order of the weekend – as memories will be made for many – win or lose. To have made it three rounds deep is indeed a “badge of honor” that has to be shared by all who play this great game.

Practicing on Thanksgiving morning is something that is hard to explain. It separates those who are true contenders from those who have to put the shoulder pads and helmets up for another year.

To have reached these amazing heights, where competition and elite talent is the name of the game – new names and new teams are ready to take their place(s) among some of the greats who have called Miami-Dade and Broward Counties home.

Out of the successes are football players, who have stepped into the spotlight – and have remained a force right up until this week – Round 3.

As we do each and every week of the year, we bring you prospects to keep an eye on. Today, here are 5 football players who have helped to make a difference – and elevate their programs to this level:

2024 – Davion Gause, RB, Hollywood Chaminade-Madonna. Hard to argue what this young man has brought to this team the past two seasons, and no matter when it was during this tremendous year, head coach Dameon Jones knew he had a player who can do a lot – and he has never disappointed. The Lions go on offense as this quality football player goes. His running style and all-around play makes him one of the best in Florida. He is that impressive! Guase and the No. 1 seed Lions will be home for a Friday night Region 4-3A final against West Palm Beach Cardinal Newman.

2022 – Carson Haggard, QB, Miami Gulliver Prep. As much talent as the Raiders have – and they are indeed stacked with quality football players – nobody has come further and worked harder than this young man. In the off-season, he works on his technique and arm strength – plays 7-on-7 and competes in any event that is needed. Headed to New Orleans and Tulane University, this is someone who worked around the clock to become one of the most complete quarterbacks – averaging well over 300 yards – as well as being an amazing student in the classroom. He leads his team into Friday night’s Region 4-4A championship game against Fort Lauderdale Cardinal Gibbons.

2022 – Mike Jackson, Athlete, Miami Palmetto. From the very first time we watched this young man play – in his first varsity football game – it was evident that he was special. In a game that judges people by height and weight, this is someone who has the three most important parts of what makes a prospect a prospect: blazing speed, heart and talent! Has been a major difference maker in the playoffs with amazing play after amazing play. Plays on both sides of the ball and on special teams. He is that guy that helps college programs turn the corner. His No. 2 seed Panthers will play No. 5 Christopher Columbus – for the third time on Friday night at Harris Field in Homestead.

2023 – King Mack, S, Fort Lauderdale St. Thomas Aquinas. Ever since youth league, this has been a football player that everyone has raved about – and for good reason. This is an emerging star, following in some huge footsteps. His ability to play this game at a high level comes from being around - and playing against top competition throughout his young career. From an athletic standpoint, he brings it all to the table. As a football player, his arsenal of talent is unlimited. Has been crucial all year – into the playoffs. His No. 1 seeded Raiders will be at home for a matchup against No. 2 Homestead.

2024 – Joshisa Trader, WR, Miami Central. From Monsignor Pace to the 5A Region Finals in a few months – and this is one Rocket who will be blasting off for years to come. He captured the spotlight really fast in last week’s playoff win against Plantation American Heritage, getting into the endzone in front of many, many eyes. This young man is for real – as he showed in the off-season and has carried it on. The best thing about him is what he does as a receiver, he can do the very same in the defensive secondary. He’s the real deal and will be for a little over two more seasons! His No. 3 seed Rockets will play No. 1 seed Miami Killian (12-0) on Saturday night at Tropical Park.
TAPE: https://www.hudl.com/profile/15028817/Joshisa-Trader

Class of 2025? Watch Out For The Incoming Freshmen