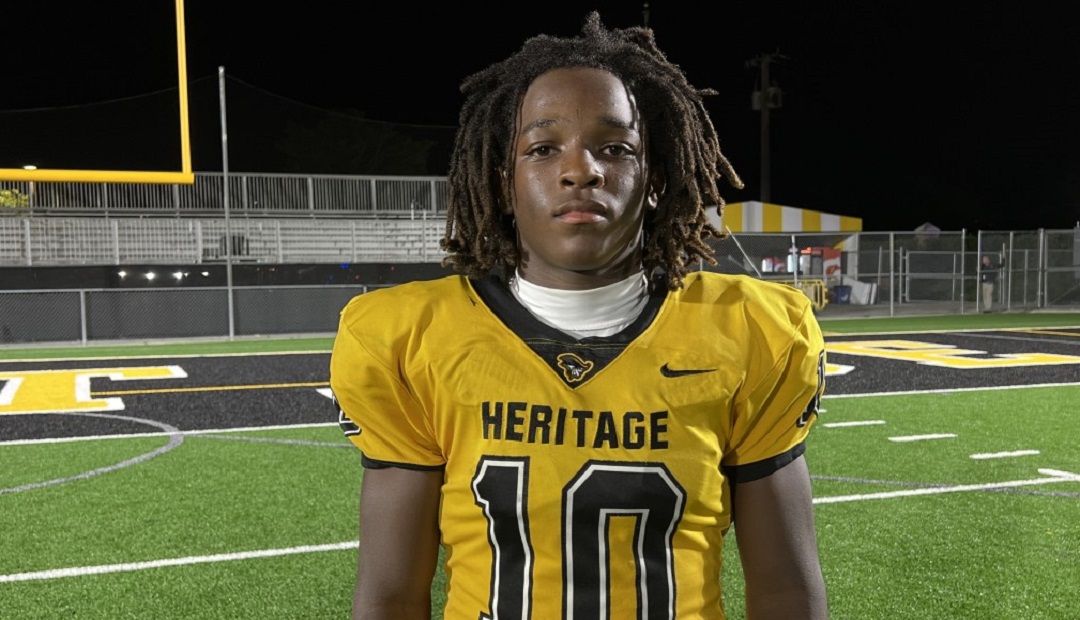 Each and every week we bring you prospects from Miami-Dade and Broward Counties to keep an eye on.

These football players are not all high-rated star talent, but prospects who are making some noise as they look to attract college attention.

Since last January, we have watched more football talent LIVE than any other source. Something that college coaches and players have noticed – seeing us at camps, combines, 7-on-7 events and at over 80 live games this past season, including seven in the first week of the state playoffs.

Because we watch film as an enhancement, it gives us a huge advantage when it comes to evaluating and ranking.

From Pensacola to the Florida Keys we have been able and fortunate to see football talent in every class, giving us a chance to compare talent against other prospects that are highly-rated.

While we have been called “old school” and “outdate” by a few who nobody ever sees at any events, the proof of what we have done for six decades is the following we have with college coaches and recruiting services. We point that out only to let those who are new to this recruiting process understand what we do and will continue to.

Spotlighting players year-round, we have the opportunity to tell you a little but about each and every football player.

Today, we look at five players from the rising sophomore class (2026) that we have watched at camps, combines, practices and in games.

This is a group that everyone knows about and will continue to watch their stock rise in the coming years:

Jabari Brady, WR, 6-3, 185, Coconut Creek Monarch. After a stellar youth career, this impressive talent made his high school debut last summer with head coach Calvin Davis and his Knights at the Keiser University 7-on-7 event where he had the opportunity to showcase his many skills with his new teammates as well as college coaches and recruiting services, seeing him perform for the first time.

Justice Fitzpatrick, DB/WR, 5-10, 175, Fort Lauderdale St. Thomas Aquinas. While the state media and recruiting services had the opportunity to watch him play for the first time in the state title game against Homestead, this is a gifted young man who had been turning heads all season – especially with his coaching staff – including head coach Roger Harriott, who has been impressed from the beginning. Definitely will be a prospect that everyone will be watching over the next three years as he continues to mature.

Calvin Russell, WR/QB, 6-5, 176, Miami Northwestern. When he first popped into the spotlight as a freshman, it came as a quarterback for the Bulls as he was called upon in an emergency situation. What this impressive athlete, who is regarded as a top-flight basketball prospect and receiver, did was turn heads and prove that his athleticism goes way beyond just one position. He has a chance to become on the of the nation’s top players over the next three years for head coach Max Edwards and his always talented team.

Malachi Toney, WR, 5-10, 170, Plantation American Heritage. From the opening game of the season on national TV (ESPN2) against Los Alamitos, California in the Broward County Football Showcase right through a season that took first year head coach Mike Smith to the state title game, this was one of those most dynamic football players you will ever see. Forget the fact that he was starting at the varsity level as a freshman, this quality talent took over games on a team loaded with elite talent. Could turn out to be one of the best nationally in this class!

You Can Contact Larry Blustein with prospect or team information at: This email address is being protected from spambots. You need JavaScript enabled to view it..

Hollywood Avant Garde Academy Is Ready To Contend Once Again