Northwestern’s Tellek Lockette Has Been Around The Game A Lifetime 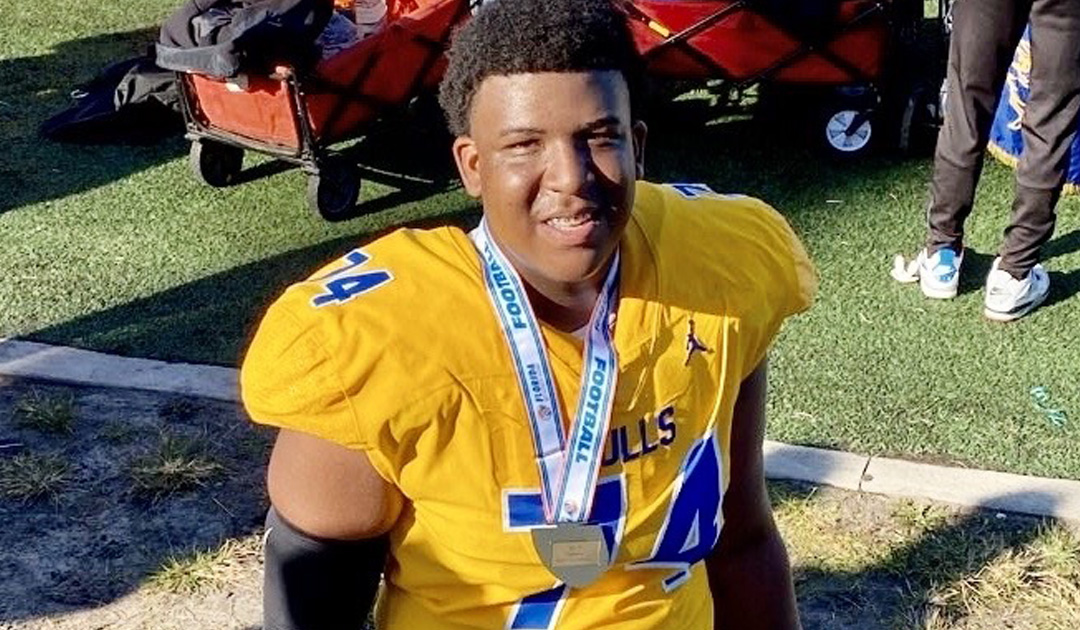 The one advantage that legacy athletes have is being around sports for as long as many can remember.

Throughout the years, no matter if it was on the basketball court, baseball diamond or football field, south Florida has long been home to sons who have followed in the footsteps of their father.

Benito Santiago, Dwyane Wade, Pat Surtain and so many others have had sons who have followed closely in the rather large shadow of their fathers, and while the pressure is often something that is real, so is the knowledge and appreciation of what it takes to get to that next level.

Countless hours of watching and learning and being around people who know the game as well as anyone often results in success.

SCOUTING: While he was a standout running back – and was nowhere near the size of his son, Telly Lockette has certainly paved a very impressive road for his over 270-pound offensive lineman of a son.

Just being around the game all of his young life – and close to those who taught and coached, Tellek Lockette is certainly on a rise that will end in two years after his senior season is finished.

Already a two-time state champion starter for head coach Max Edwards and his Miami Northwestern Bulls, Tellek has made some major strides and has been thrust into a role where he is quickly becoming one of the top line prospects in south Florida.

While he should have been watching and learning during his freshman season, the lack of linemen the program had dictated that the younger Lockette take on a starting role, and by the end of the year, he stood tall as a state champion.

This past season, it was more learning on the job, and when the Bulls beat Orlando Jones in Daytona Beach, he was once again a prospect that had learned and improved.

With the off season under way, and this program a huge favorite to make it four in a row, it’s Lockette who is being considered as a true college prospect that is only getting better – all the time.

Miami Edison DE Francois Nolton Jr. Has The Talent To Change The Game