NEXT UP: American Heritage Sophomore Daemon Fagan Is On The Rise 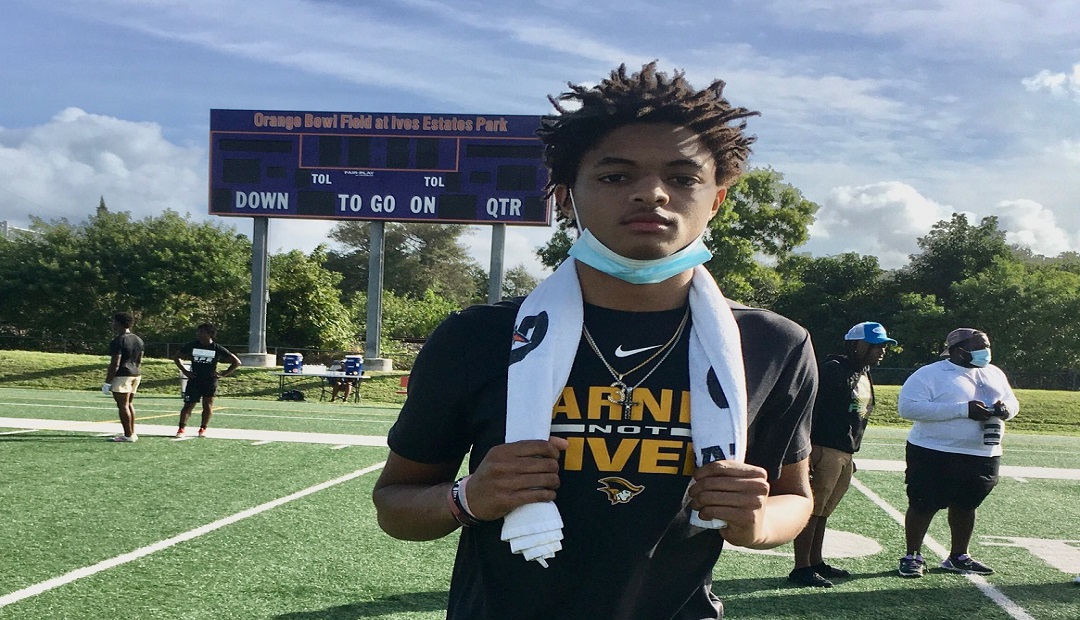 If there was anything that came out of this year that was positive – it had to be the way so many younger prospects stepped up to grab that spotlight.

No matter what class they play in – or what college they have in mind, these athletes in south Florida will have our support in helping to promote these gems.

Having the pleasure of watching so many football prospects LIVE in game conditions, we have that opportunity to discover much more than the athletes that are hyped and pushed out by every recruiting service and fan website.

SCOUTING: Make no mistake, the talent train made another stop this past season in Plantation – and with this quality football talent, they certainly set the table for the future.

With this sport very much in this young man’s bloodlines, he more than showed why he is on his way to becoming a major force over the next two seasons for a team that is looking to repeat in 5A.

While he reminds some of a very young Gregory Rousseau – because of his height and length, right now, head coach Pat Surtain and defensive coordinator Daryl Porter are happy to have him as part of a secondary that could be as good as you get at this level.

His big plays this past season – especially in a hard-fought win over 4A state champion Cardinal Gibbons, gave everyone a glimpse of how special he is right now – and is expected to be in the near future.

Being very athletic and having plenty of size, the future will have college coaches keeping their collective eyes on his growth and maturity.

For a team that is loaded with underclassmen, here is yet another that will keep the Patriots in the conversation.

SUMMER SPOTLIGHT: Young T.J. Capers Is Next Up

St. Thomas Aquinas Junior Derrieon Craig Makes The Most of His Opportunities