Maurice Newton Has Put In The Work For The Raiders 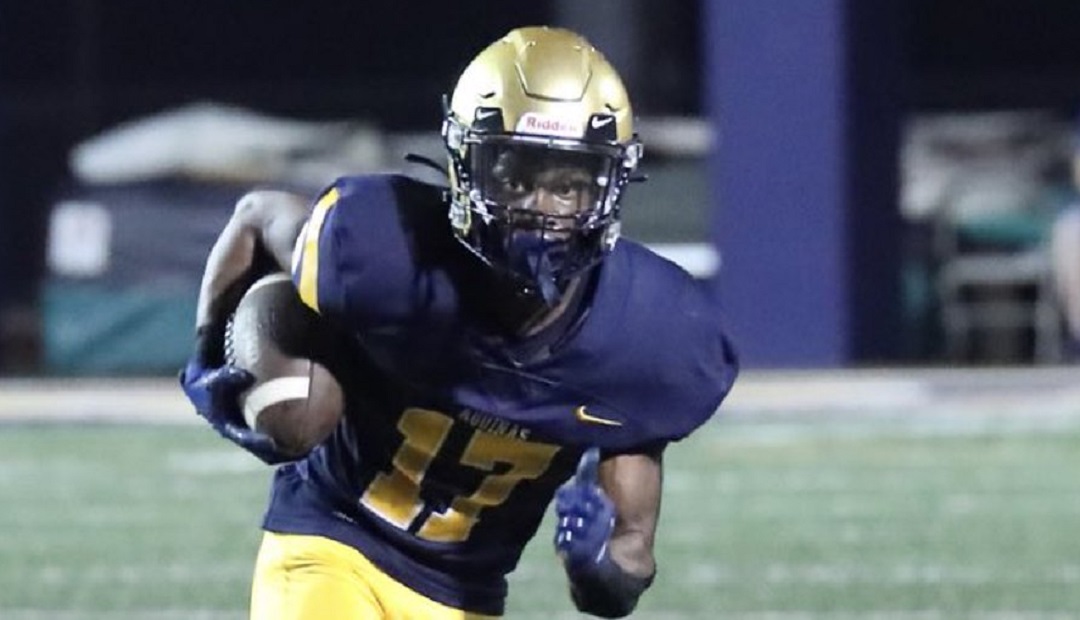 The one thing that we continued to do during the pandemic and throughout this 2020 season is promote every athlete in south Florida.

SCOUTING: In this crazy world where social media still plays such a vital role in society, we have had a front row seat to some ‘feel good’ stories, and nothing says success like a student/athlete who has watched that hard work and sacrifice pay off.

Last Friday night, while St. Thomas Aquinas was beating TRU Prep Academy, 25-13, to start the 2020 season, all those faces that everyone knows about were in position, and waiting to get the season off to a huge beginning.

As the game continued to unfold, a player who has worked harder in the off season than just about anyone – and documenting his efforts during the pandemic – started to make plays that helped propel the Raiders to a victory.

In that win, while many media members and recruiting services were watching the “stars”, he was the one making plays and giving head coach Roger Harriott and the Raiders a playmaker who has this season – as short as it may be – to turn heads in his direction – and he has already started to do just that – after just one game!

While there are thousands of athletes across the country who post videos of themselves working out and getting better, Newton was one who showed all of us that putting in that extra work when nobody was around, is starting to pay off – in a huge way.

Lamar Seymore Is Catching On With Miami Central - Quickly