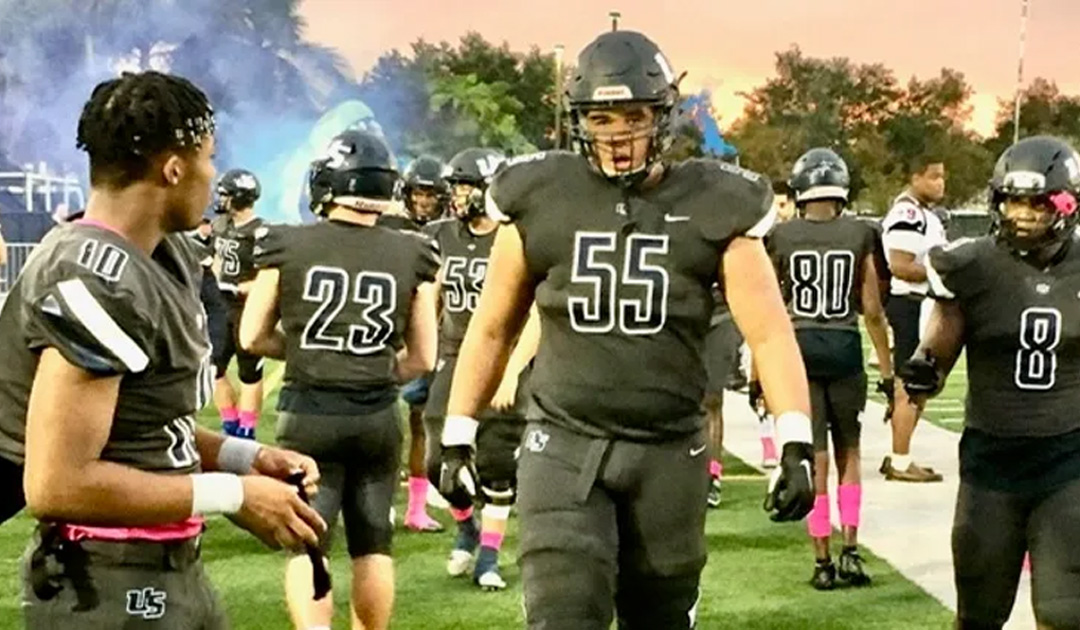 For years and years, when college coaches headed south to recruit football talent, especially in Miami-Dade and Broward Counties, receivers and defensive backs were a huge priority.

Of course you had linebackers and defensive linemen along with running backs that would be heavily recruited by colleges all over the nation.

But when it came to looking at offensive linemen, there were just a handful that these schools had real interest in.

There is no doubt that south Florida has long been home to some elite “big men”, but never enough of them to be considered as a hotbed. That is indeed changing – and it has been changing for quite some time.

SCOUTING: From the first time we watched him as an 8th grader, there was no doubt about this young man. All you needed to do was see him for a few plays and it was evident that the future was bright.

With a head coach like Daniel Luque, one of the foremost offensive line coaches bringing him along, there was no getting around the fact that with maturity and staying injury free, the sky was indeed the limit.

From that day, all he did was improve – and while basketball was a big part of his life, this quality prospect understood that football would be the sport that would get him to that next level – and beyond.

By the time he was a sophomore, every college coach in America knew who he was – and all of them wanted him on campus.

He was big, strong, quick, athletic, smart and became and “old soul” – someone who was way beyond his years as a person – forget what he brought to the table as a football prospect.

His commitment to attend Clemson was not a huge surprise. Everyone who had watched him knew that what ever school he chose would be elite and continue to give him the best chance for exposure, and the Tigers did.

As he and all the rest of the high school football world get ready to approach the 2020 season, Marcus Tate will remain as one of the nation’s elite players – much like he’s been for the past four seasons.