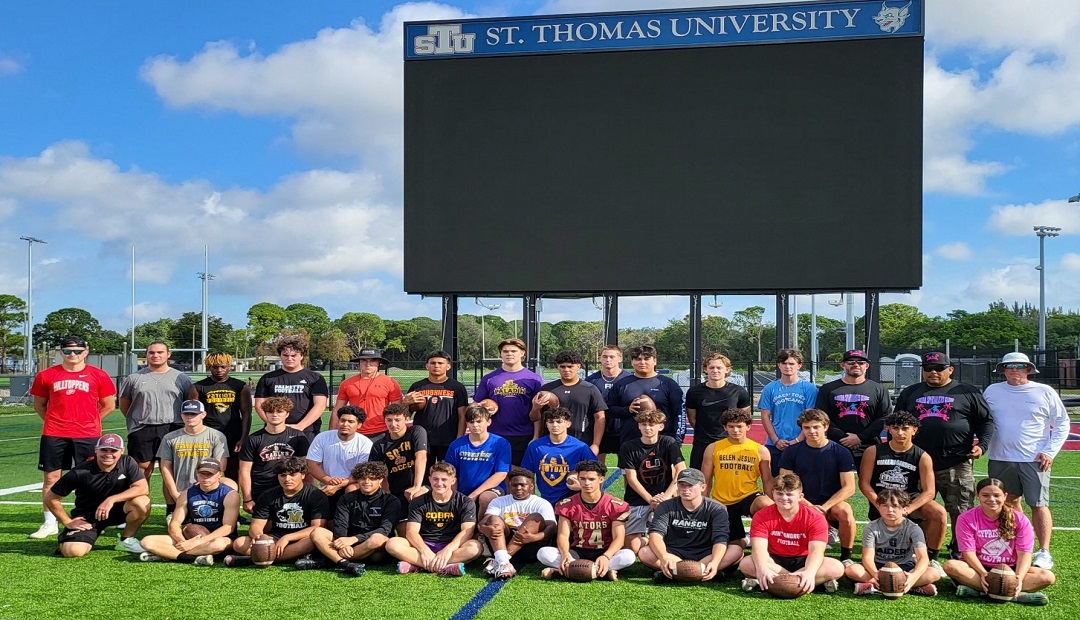 The one thing that may separate Miami-Dade and Broward Counties when it comes to producing kickers and punters is the year-round competition that is held.

While we are spotlighting kickers and punters today, the long snappers in this area have also jumped into the national picture and we will highlight them as well in the coming weeks.

There are so many opportunities for kickers and punters to jump on the radar screen, and while very few recruiting services and analysts cover these events, those who run them are always in contact with college coaches across the country.

THE SENIORS HAVE THE EXPERIENCE

Unlike 10-15 years ago, kickers and punters start at a very early age, and often follow in the footsteps of siblings and friends.

With the Kornblue Summer Showcase slated for July 29-30 at Calvary Christian Academy in Fort Lauderdale, many of the seniors will have a chance to enhance their standing – with a solid showing.

There is little doubt that Cardinal Gibbons has one of the best special teams in the state with a solid long snapper, a tremendous kicker and a punter (Christian Silverstein), who has been competing at a high level for quite some time.  James Thompson (Fort Lauderdale St. Thomas Aquinas), Jarquez Velasquez (Fort Lauderdale Stranahan), Jason Zapata (Somerset Academy Homestead) and Ivan Zivenko (Miami Immaculata LaSalle) are all anxious to showcase their skills in 2022 as well.

Just like the standouts in this current senior class, there is a wave of juniors who have an opportunity to really put themselves on the map, and as you will see today, we have a solid group to choose from.

While you saw some of the seniors and juniors who will keep this area of the state of the map, there are some sophomores who figure to make a major impact as well. Keep an eye on these young men as well.

If you are not listed or have a kicker/punter to add or change, please let us know. Our objective is to promote to hundreds of colleges and universities, but it’s also to get it right. If a player is listed at a wrong school or there is someone to add, please let us know by sending the correct information to: This email address is being protected from spambots. You need JavaScript enabled to view it..