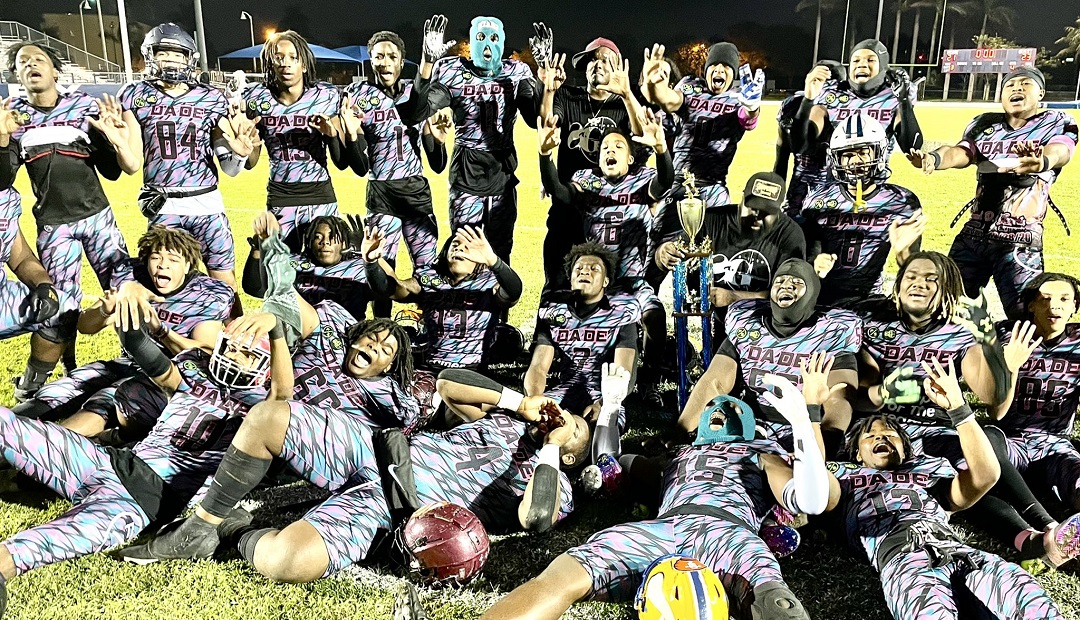 MIRAMAR – It was only fitting that the Year of the Rockets continued on Friday night at the Ansin Sports Complex.

Four-time defending state champion an d national champion Miami Central, with 15 players and head coach Jube Joseph representing the Miami-Dade team, won yet another thriller in the second “The Battle for the Crib” Miami-Dade vs. Broward contest.

Central quarterback Keyone Jenkins, who signed with FIU on Wednesday, connected on a 5-yard touchdown pass to teammate Cataurus Hicks on the final play of the game and Miami-Dade County came from behind to beat Broward County, 23-21, evening the series at 1-1.

With an impressive year-ending crowd on hand – along with former players who are now in college on hand – Miami-Dade kept the last drive alive on a long pass from Jenkins to University of Pittsburgh singee Lamar Seymore, who made a diving catch at the five. With seven seconds left, Jenkins found Hicks in the back of the end zone for the game-winner.

According to game organizers Frank Tucker and Arvis Lawson, this impressive game featured players who have committed to Power 5 schools, and more than 30 prospects with Division 1 who have already signed letters of intent.

In addition, there were a number of prospects who still do not have homes – and that is something that this game was perfect for.

“There are a lot of post season all-star games that are held,” Tucker said. “But with this event you had media and recruiting services out here who have plenty of contacts and that is a great thing for the many quality players who do not have anything yet.”