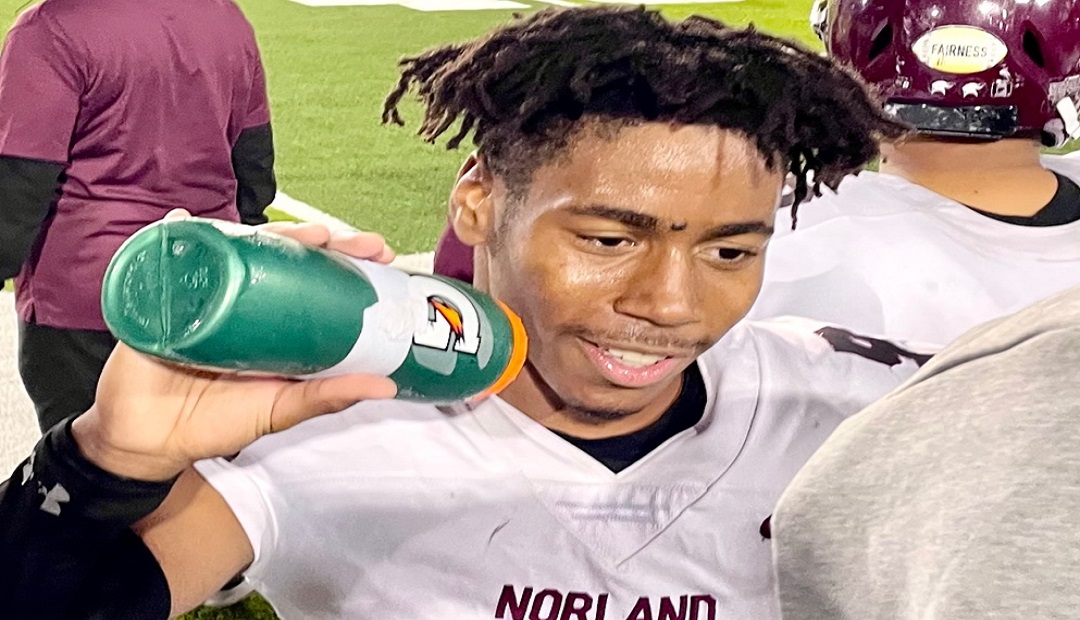 With the season winding down – with the state semifinals being played this week across Florida – athletes are still being put into a spotlight.

As many media members and recruiting services are just discovering athletes, we have had them all on the radar for as many as three years.

It’s because of our year-round commitment to watching prospects at camps, combines, line camps and 7-on-7 events that we have a major advantage. The information that we put out in October is not different than what we produce in June and July.

As we do each and every Wednesday, we bring you five football players to keep an eye on – in every class – no matter what level they play at.

2023 – Alan “A.J.” Arellano, WR/Athlete, 6-0, 175. While there are some impressive stories in south Florida, this may be one that will make you believe that what he has fought through is enough to break most people down. First of all, losing his “rock” and “role model” – his father – was something that no teen should ever go through. That was on top of making a move from quarterback to the receiver position. All he has done the past two years – with the help of his family - is stay strong and understand as tough as things may be – life must go on, and it has. This is easily one of the top receivers on a team headed to the state semifinals at home on Friday against Ocoee. He has been reliable and someone that every member of the team has gravitated toward. In addition, he is a year-round baseball standout that has worked very hard. He also gets it done in the classroom. College offers should be pouring in and coaches need to wake up. Young man like this do not come along too often!

2025 – Ezekiel Marcelin Jr., LB, 6-0, 195, Miami Central. One year ago as a freshman linebacker for the Rockets, this is a prospect very few people knew about. Unless you went to games and watched the team on the way to their consecutive state title, this is someone that was hidden with all the talent that this program produces around the clock. After beating Merritt Island in the 5A state title game, media, recruiting services and fans started to put him on their list. Starting the state title game as a freshman was not enough, He attended everything in the off-season, further thrusting his name into conversations for future stars. In addition, his work in the classroom (3.0 GPA) has been equally as impressive.

2024 – Daniel Mincey, OT/OG, 6-5, 280, Fort Lauderdale Cardinal Gibbons. Another talented prospect that the more you watch the more you appreciate what he brings to the table. The coaching staff began talking about him as a ninth grader and now as he heads toward his final season, this is a versatile talent who has the size, athletic ability and skill to be one of the better one of the better prospects in the state. His work in leading a balanced attack this season for the Chiefs, there is no getting around the fact that if he stays healthy, he will be special. His work ethic is also positive and was helpful in his team getting to the Region finals.

2024 - David Pein, DT, 6-0, 288, Fort Lauderdale St. Thomas Aquinas. When it comes to maximizing your talent, here is the blueprint. One of the hardest workers you will find, this young man went everywhere and did everything possible to become the best football player he can be – and has truly been an asset to the Raiders as the get set to host the 3M state semifinal at home on Friday. His work in the classroom (3.5 GPA) is also something that goes along with the many things he does to attract college attention.

2024 – Isaiah Scott, WR, 5-11, 170, Miami Norland. Having had the opportunity to watch this quality pass catcher perform a number of times – during the season as well as in the off-season, where he is a standout 7-on-7 player. As a receiver for the Vikings this year, his ability to make plays and move the chains was a huge reason why this team advanced to the Region finals among 3M schools. He is also a track standout as well.