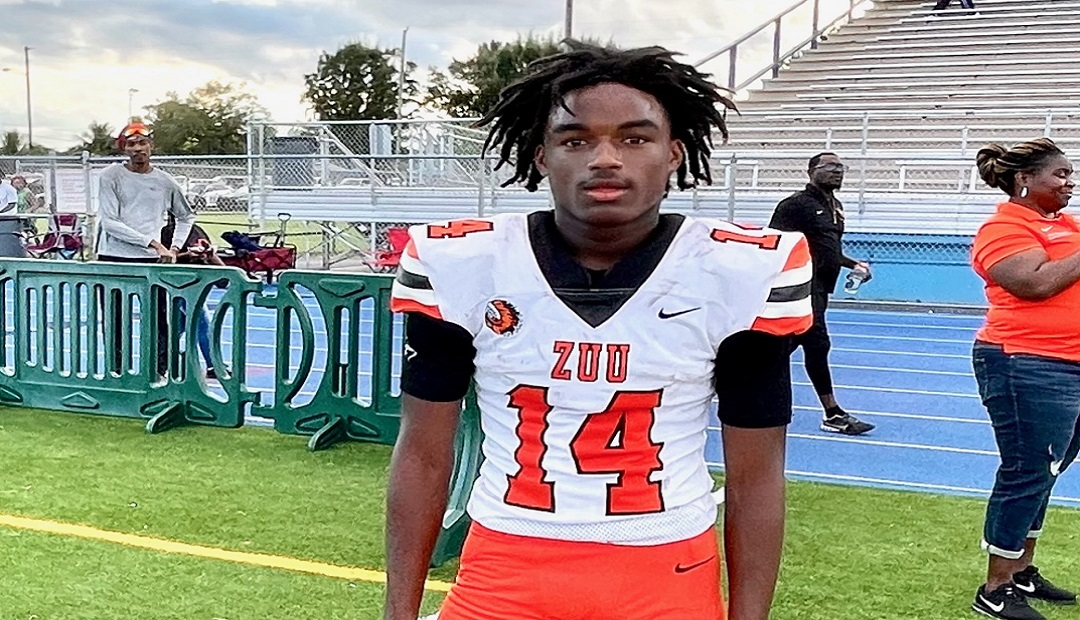 By now, you already know the routine with our coverage here in Miami-Dade and Broward Counties.

It has been nonstop promotion and prospect spotlights for over a half century, and while many have their opinions, we continue to give exposure to EVERY athlete in this region of the state for hundreds and hundreds of college coaches – nationally – to keep an eye on what is going on in “ground zero” for football talent.

In addition to our team spotlights and prospect information that we produce weekly, this is one of the most popular segments that we do.

Giving five players here in the two counties a chance for the spotlight to be shined in their direction. Here are this week’s prospect to keep an eye on:

2023 – James Dorsey, CB/FS, 6-0, 165, Miami Carol City. One of the prospects who is definitely under the radar in this region. His ability to play multiple positions in the secondary has college coaches watching him closer than ever before. His game-changing 96-yard interceptions return for a score against Westland Hialeah is the latest in the many things that he brings to the table for the Chiefs.

2024 – Bowen Drewes, LB, 6-1, 205, Plantation American Heritage. Talk about under the radar prospects, here is one who part of a linebacking corps that is one of the best in the state of Florida. A playmaker who made an impression last year but has really turned heads this season as the Patriots continue their climb toward a state championship. Not only is he a stellar football player, but is considered to be one of the elite Lacrosse players as well as being a tremendous student in the classroom – where he 4.2 GPA is among the best on the team. Continue to watch this quality football talent.

2023 - Kyrell Logan, RB/WR, 5-8, 170, South Miami. Another versatile football talent who has made an impression this season as the Cobras look to turn the corner. One of the premier athletes in south Florida, his ability to run the ball from scrimmage along with catching the ball up field has been a huge asset. Add in the fact that he is also a quality player on the special teams and you have someone who will be an easy sell to several college programs.

2024 – Edward Louis, WR, 5-7, 165, Fort Lauderdale Dillard. There are football players who have the size and athletic ability to make an impact. But there are also prospects who do everything and make a difference in the outcome in games. Here is one of the most underpublicized receivers in south Florida. He quick, runs tremendous pass patterns and forces the Panthers to include him more in the offense. As much as he does on the football field, he is also getting it done in the classroom – with a 3.0 GPA. Keep a close eye on this young man!

2023 - Manuel “Manny” Reyes, OL/DL, 6-2, 260, Weston Cypress Bay. This two-way line prospect is one of many football players that the Lightning have been developing up front – in the trenches. Smart, strong, agile and athletic, his play on the field has been opening plenty of eyes. The fact that he plays on both sides of the football is making him very attractive to colleges across the country. His work in the classroom (3.3 GPA) is just another enhancement that this young man brings to the table.