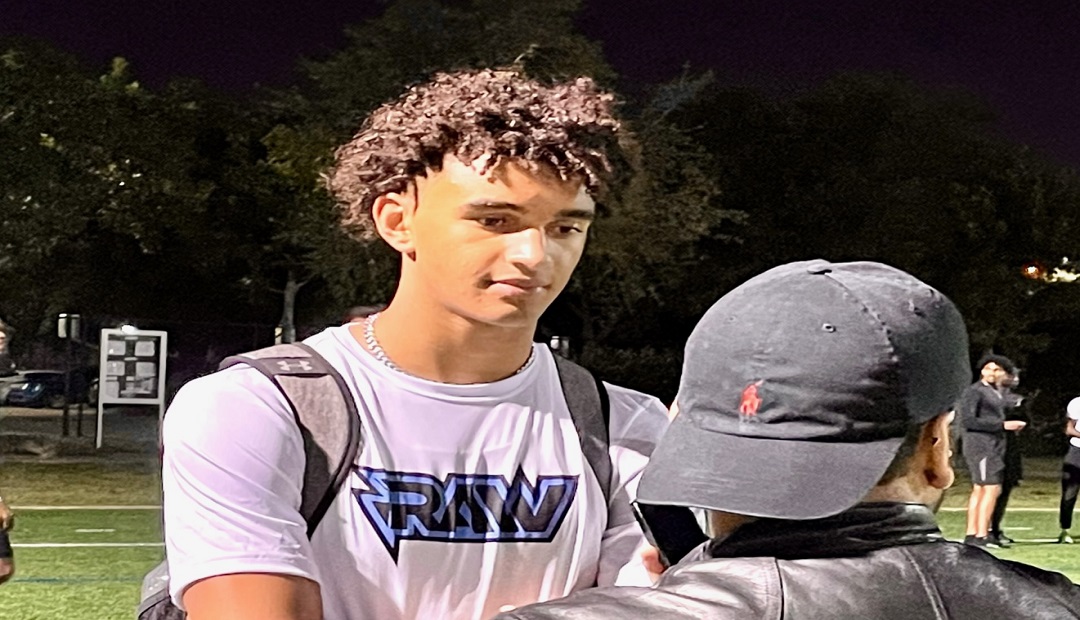 On Friday night – with cool weather surrounding the field at Little Haiti Soccer Park, one of the newest programs – Raw 7-on-7 – held its inaugural showcase with media, recruiting websites and former area players on hand.

As team coordinator and general manager Jose Duasso and his staff welcomed athletes locally and nationally, the 2023 7-on-7 season was greeted by some quality talent.

As this program will be well coached – led by Sedrick Irvin, Tommy Shuler, Keion Payne, Tony Gaiter, Tobias Moss and Miami -Dade County passing legend Rakeem Cato, this is a team that will have a chance to stand toe-to-toe with anyone as their schedule will take them across the country to compete against the best.

“We are really excited about this team and what lies ahead in the coming months,” said Duasso, who was a big part of the Immortals the past few years. “The talent we had here at this showcase was indeed as good as you get.”

They came from as far away as California, New York, South Carolina and Maryland as close as Miami-Dade and Broward Counties to show what they can do on the football field.

CLASS OF 2025 HAS PLENTY OF GIFTED ATHLETES