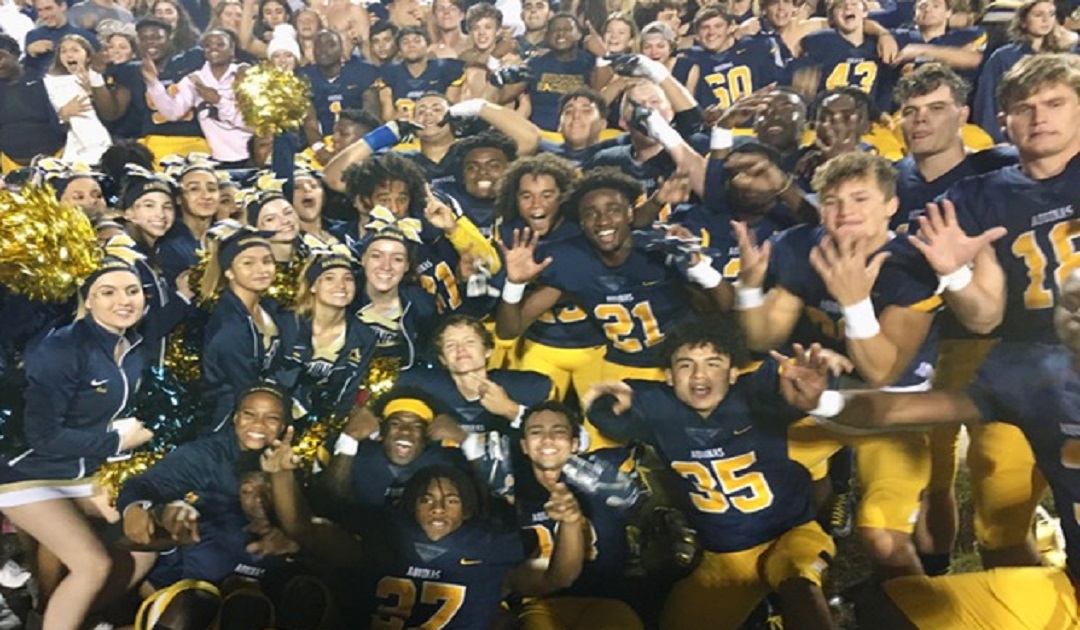 Welcome to spring football in south Florida. Well, at least today was to be the official start of the spring – but as we all understand – that is not happening.

While we all wait on this pandemic to subside and get back to the new normal, all we can do is sit back and wait for things to ease so we can get back to playing football and showcasing some of the best programs in the country.

While every year there are new faces and just about every program, things have not changed. Several athletes have moved, or will be moving to another school, usually spring is the time we take to evaluate and see how these new players fit with their new schools. That will not happen this year.

While our Spring Top 25 includes some of the major prospects and teams, there are more moves to be made, and of course, until the chemistry takes hold at these schools, it will be tough to be definitive on which teams are better than the others.

If you follow us during the course of a year, you know we always make adjustments – and are NOT afraid to rank a 2A team over an 8A school – because that is how we watch and evaluate talent.

Programs like defending 2A state champions Champagnat Catholic, which has been to state four years in a row, will most likely be in the mix to head to Tallahassee again, but right now, head coach Hector Clavijo’s team has just 18 players.

There are others who have players, but still have to prove that they can finish things off – and that will be a major objective in 2020.

As spring was supposed to start today, here is a look at programs to keep an eye on. Keep in mind, the rankings will change again before the season, reflecting many things – and then throughout the season – each and every week:

1 Fort Lauderdale St. Thomas Aquinas Raiders (7A). Unbeaten a year ago, head coach Roger Harriott and this team are loaded up once again for the 2020 season. There is so much talent on both sides of the ball and on special teams. This is a national power once again.

2 Miami Northwestern Bulls (5A). The three time defending state champs are loaded up under head coach Max Edwards. No matter where you look on this team, big time prospects are making a major impact.

3 Miami Central Rockets (6A). Returning the state title game a year ago, head coach Roland Smith and his team returns several key players from 2019. The talent pipeline runs deep in every class – like always.

4 Hollywood Chaminade-Madonna Lions (3A). An amazing run by head coach Dameon Jones and his three-time defending state champions, who are loaded as they look for a 5th straight trip to the state finals. They are big, fast and very athletic.

5. Deerfield Beach Bucks (8A). Is this the year for head coach Jevon Glenn and this football team? There is a lot of talent on both sides of the ball, and when this program gets back to work, they have a real shot of finishing things off.

6. Miami Booker T. Washington Tornadoes (4A). New head coach Gerald Cox inherits plenty of talent from a program that won it all this past season – and there are some big time players coming back in 2020. Everything is back in place for another run.

7. Miami Palmetto Panthers (8A). Here is one of those programs that need to finish things off – and if they play up to their potential, head coach Mike Manasco and his alma mater can make Daytona Beach a reality.

8. Miami Gulliver Prep Raiders (4A). This is one team that has something to shoot for this season after dropping a heart-breaker to eventual state champion Booker T. Washington. Head Coach Earl Sims and his team have as much talent as anyone. They will be very tough to beat again.

9. Plantation American Heritage Patriots (5A). Head Coach Pat Surtain watched his program drop a close game at home to eventual state champion Northwestern, but several key difference makers need to be replaced. Never count this program out, but the climb to the top will be tough!

10. Davie Western Wildcats (8A). Advancing three rounds is a hurdle that head coach Adam Ratkevich and his team needs to get over. They are talented, but 8A is loaded and everything needs to come together.

11. Miami Christopher Columbus Explorers (8A). Losing one of the best running backs the school has ever had and several key leaders will have head coach Dave Dunn and his talented team looking for playmakers. Repeating as 8A state champions is a major uphill climb.

12. Fort Lauderdale Cardinal Gibbons Chiefs (4A). There is no doubt that head coach Matt Dubuc and his football team have the talent, and return some key players, but 4A is very challenging, and everything will need to fall into place to reach Daytona Beach.

13. Miami Killian Cougars (5A). The good news is head coach Derrick Brooks and this program are as talented as you will get – adding some big time talent the past two years – but Miami Northwestern is a major national program that will be a huge obstacle.

14. Miami Edison Red Raiders (3A). While games are not played on paper, and we all know that, head coach Luther Campbell and his team is loaded with major athletes on both sides of the ball – and the coaching staff is one of the best around, which could make a big difference in 2020.

15. Davie University School Sharks (4A). Losing to Cardinal Gibbons last year was a tough thing for head coach Daniel Luque and his team to take, but there are new faces and a coaching staff that has made some changes. This is a team to watch, but 4A is packed with elite teams.

16. Fort Lauderdale Dillard Panthers (6A). After winning 12 games this past season, there is no doubt that this is a team loaded with quality talent. But the tragic loss of head coach Eddie Frasier will be something that this team will carry with them in 2020. Heavy hearts for one of the great guys will be tough to deal with.

17. Plantation Colonels (7A). Just two losses this past season for head coach Steve Davis and his gifted program – both to national powerhouse and district rival St. Thomas Aquinas. New faces come in as some quality athletes have moved on.

18. Miami Norland Vikings (6A). Looking back at 2019, this is certainly one of the teams that should have made the playoffs, and while veteran head coach Darryl Heidelberg never complained, he has added some pieces that could thrust this team into the playoffs this coming season. Lots of athletes always at this school.

19. North Miami Beach Chargers (5A). All this program does is develop and win football games, advancing to the state playoffs a year ago as veteran head coach Jeff Bertani returns some quality prospects who play a lot of football. This is a team you never want to take for granted.

20 Miami Carol City Chiefs (4A). After a disappointing season in 2019, although they made the playoffs, this is a local power that looks to make a comeback in a very crowded and talented 4A. Dorrean James comes in with new assistant coaches to fight the fight. This team will get better as the season moves along.

21. Hialeah Champagnat Catholic Lions (2A). We all know that this program has been to the state finals four straight years, and are the defending state champions, and even though we understand that they will be in the mix, they lost some very key football players who need to be replaced. By the start of the season, you can guarantee that this team will have a much different look.

22. South Dade Bucs (8A). After starting the year out unbeaten and the top team in Florida, veteran head coach Nate Hudson and his program went into a slump. Losing several key performers, there is a lot of work to be done to climb back in the 8A conversations, but there is always talent in Homestead.

23. Hallandale Chargers (5A). This is one of those programs that has watched its roster change in a major way over the past few months. Head Coach Herman Lovett and his program will certainly be one of the teams to keep an eye on – with a defense that may be as talented as you will find.

24. Miramar Patriots (7A). Nobody has to remind head coach A.J. Scott and this football team how 2019 was certainly a year not to remember. There were a number of things that stood in the way of this team winning a district title. They are loaded with young prospects and plenty of talented coaches. It should be a very interesting year.

25. Miami Monsignor Pace Spartans (4A). Coach Mario Perez and his football team closed very strong in 2019, with a playoff appearance in a very challenging classification. Plenty of talent returns with some new faces as playoffs will be an objective once again in 2020. Should be a very productive season ahead.