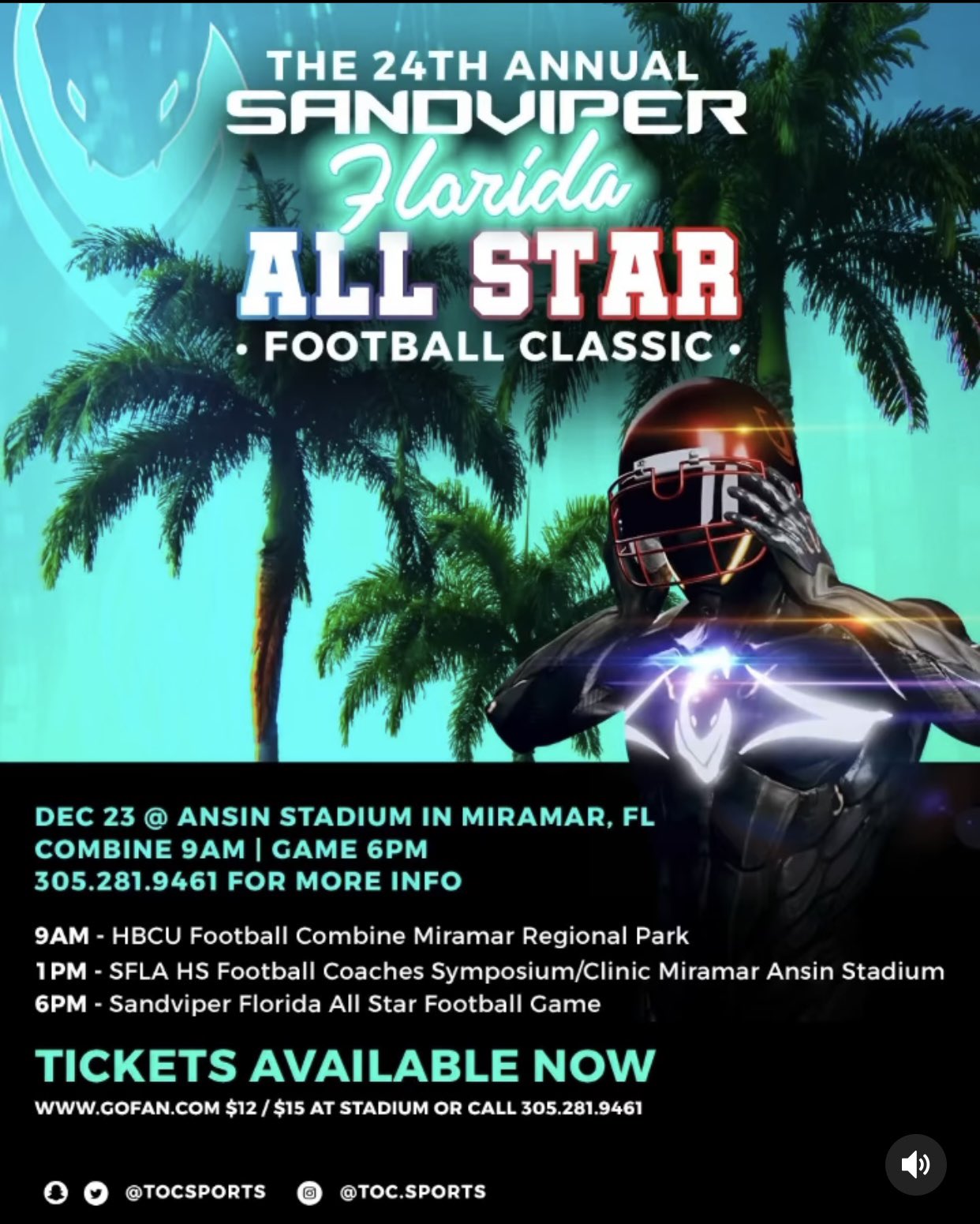 For 23 years, Miami-Dade and Broward Counties have battled on the football field for bragging rights in an annual all-star game that captured the attention of football fans across the country. This year, the volume of the game has been turned up and the stakes have never been higher.

This year, Miami-Dade County, which boasts more current athletes in the National Football league than any other county in the country, will take on the talented Southwest and Treasure Coast areas in the 24th Annual Sandviper South Florida All-Star Football Game on December 23rd at Miramar’s Sports Complex

"We have enjoyed 23 years of success with athletes from Dade and Broward participating,” said game founder and director Wesley Frater.  “This year we aim to provide this same opportunity to student-athletes from Key West to North Florida.

With Miami Booker T. Washington head coach Gerald Cox directing the Miami-Dade squad, and PJ Gibbs directing the Southwest Florida team, this promises to be the best game ever.

“The athletic level of this year’s game has risen tremendously as athletes from football powerhouse areas of Southwest Florida are now competing for county pride and college scholarships,” Frater pointed out.  “We want to provide a stage for these athletes who all started youth football at the same time to finish their scholastic careers on one field, on one night in front of the entire Florida.