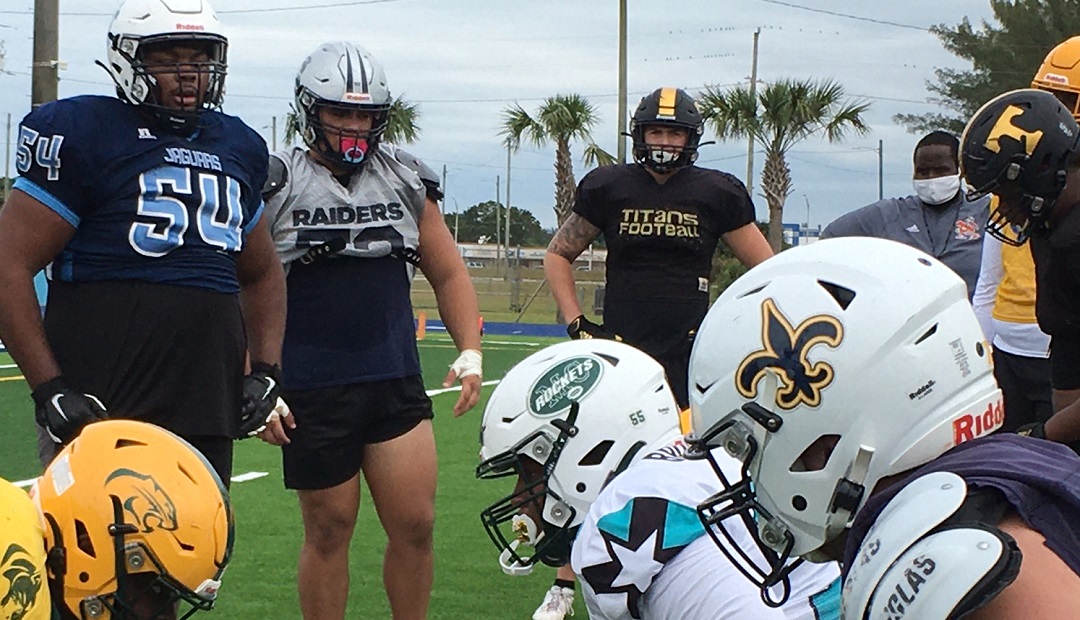 MIAMI - After arriving in Miami at the spacious Even Hotel – Team Florida had the chance to get started preparing for Sunday’s (4:00) Florida-Georgia Senior All-Star Game.

The game, which is rekindling the tradition that this matchup once held in Orlando, Atlanta, Daytona Beach among other places, is getting things started in this ‘border war” with a four-day MLK Weekend event. Sunday’s game will be at the legendary “Mecca” – Traz Powell Stadium.

On Thursday, Team Florida and head coach Lamont Green held two practices at Traz Powell Stadium – and there were indeed some players who turned heads.

TRU Prep Academy linebacker Emile Aime, headed to FSU, is one of the prospects who stepped up on Day 1. So did fellow linebackers Edgerrin Gavins (Southwest Miami) and Dustin Viñas (Miami Christopher Columbus).

TRU Prep Kicker John Cannon, a USF signee, was impressive with his kicks – all off the ground, from 50 plus.

Miami Killian defensive lineman Khavon Harris is a big man – and he really showed why he will be a force on Sunday. You also have to like Kesean Norris-Hayes, a defensive tackle from Miami Christopher Columbus, is solid.

Others catching the eye on the first day included